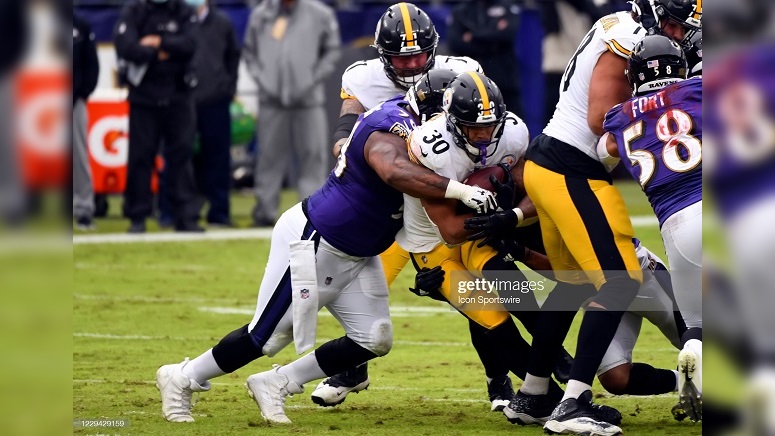 Wednesday will mark three full weeks of the 2021 NFL free agency being underway and while several unrestricted free agents the Pittsburgh Steelers had entering the new league year have already signed new contracts, several others remain unsigned as of the Monday after Easter. That list of eight players is headlined by tackle Alejandro Villanueva and running back James Conner.

To date, there has been no reported real interest in and that’s a bit surprising. There have, however, been a few reports that the Steelers would still be open to re-signing the former Army captain back for the right price. Last season, Villanueva earned $5 million with the Steelers. What is his market price right now per season? Likely well under $10 million at this point.

If the Steelers were to re-sign Villanueva, odds probably remain good that they would do so for what would effectively be just one year and that would mean a contract that likely includes four voidable years as to keep his 2021 cap charge extremely low. We saw the Steelers do the same thing a few weeks ago with wide receiver JuJu Smith-Schuster. Villanueva, however, might be better served to wait longer into the summer at this point to see if a team loses a starting left tackle to injury.

As for Conner, outside of a report that the New York Jets had some interest in signing him since the new league year got underway, it certainly seems like other teams that might have any interest in him are waiting him out. At this point, one must strongly consider that Conner’s market value is less than $3 million per season and maybe even closer to the league minimum. If the Steelers were to want Conner back competing for a roster spot later this summer, odds are good they would want him to sign a one-year veteran benefit contract.

Much like Villanueva, Conner might want to wait things out at this point and prolong signing with a team until later in the summer to see if any injuries happen to a starting running back around the league.

Dangerfield and Williamson are both possible legitimate options to re-sign with the Steelers but only on one-year deals for the minimum. Dangerfield was the Steelers special teams captain in 2020 so he probably has one good season left in him when it comes to being a core unit member for coordinator Danny Smith and that’s even with the team signing unrestricted free agent special teams ace Miles Killebrew a few weeks ago. As for Williamson, he would be a veteran depth re-addition if re-signed with no guarantee that he would make the 53-man roster. The Steelers liked him enough to trade for him before last year’s deadline so there is that.

The remaining four unsigned players, Dobbs, Elliott, Hawkins and Isidora, are all minimum salary players and that has really been the case since the start of free agency. Dobbs returning to compete for the third-string quarterback job would be an interesting proposition but likely only after the 2021 NFL Draft takes place. Elliott, Hawkins and Isidora, however, really don’t have much value to the Steelers at this point in the offseason process.

The second Tuesday after the 2021 NFL Draft is supposedly the deadline when unrestricted free agent signings no longer factor into the compensatory formula and so that could very well be an important line in the proverbial offseason sand when it comes to players such as Villanueva and Conner. teams might be more apt to sign players such as those two experienced veterans after that date.