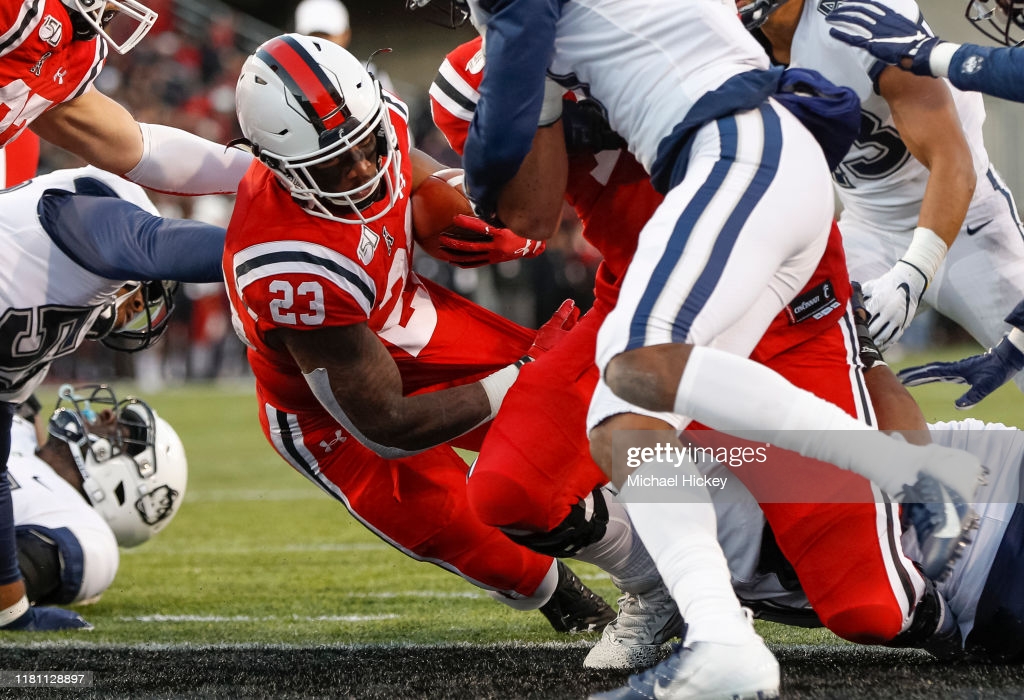 We are kicking off our 2021 NFL Draft study of “What the Pittsburgh Steelers look for” — in the Mike Tomlin era, asking and answering the baseline thresholds needed for each position. Today, we’re starting off with one position we know the team will draft later this month. Running back.

First, we’ll list the history of all the running backs drafted since 2007 – we’re not counting Dri Archer or Chris Rainey since they were de facto receivers/gadget guys (you’re not a RB if the team doesn’t let you participate in backs on ‘backers in camp) — with an updated baseline of our benchmarks that will follow. We have minor change in benchmarks for this draft season.

The only change here is hand size. It’d been reduced from nine inches to eight and a half. Anthony McFarland was certainly a much different style of back than previous ones the Steelers have drafted, but Pittsburgh has had such a consistent “type” of back, McFarland is still considered an outlier who didn’t change thresholds very much.

Finding prospects who “fit” this year is much tougher without the NFL Combine. I am using Pro Day data provided by Draft Scout, which actually expands out our list quite a bit, with hundreds of players to now look at. For players who check every single box, I will include them. For players who miss in just one box, I will choose just players Draft Scout put a draftable grade on.

Here’s the two running backs who checked every single one of those boxes.

Scott and Doaks aren’t exactly household names, though Doaks has gained buzz as a late Day 3-UDFA sleeper. Scott recorded exactly 10 rushing touchdowns in three straight seasons and was a 1,000-yard rusher for the Hoosiers his freshman season.

Now let’s look at the backs who missed in just one category. Again, I’m only including those who received a draftable grade from Draft Scout, or else this list would be too long and too noisy. All but one player here missed in weight. Here they are.

Running backs missing the weight category is pretty common in these exercises because there aren’t a lot of running backs who weigh 220+ pounds. Or at least, weigh that much when it’s time for the Combine/Pro Days. Guys are trying to slim down to get faster and test better. But we’re seeing some names who come close. There’s Travis Etienne, the rare player to add weight, and he missed the Steelers’ mark by a couple of cheeseburgers. Two UL-Lafayette runners on this list in Mitchall and Ragas. Hill and Evans could be third-down backs in the league, while Stevenson made weight and just missed in broad. He’s a big guy with quick feet.

Alabama’s Najee Harris wasn’t included because he didn’t officially test. But given the low threshold the Steelers have for athleticism for the position (they care about size more than anything), I’m guessing Harris would’ve checked every single box.

So there’s the results for running backs. Let us know what position we should study next.