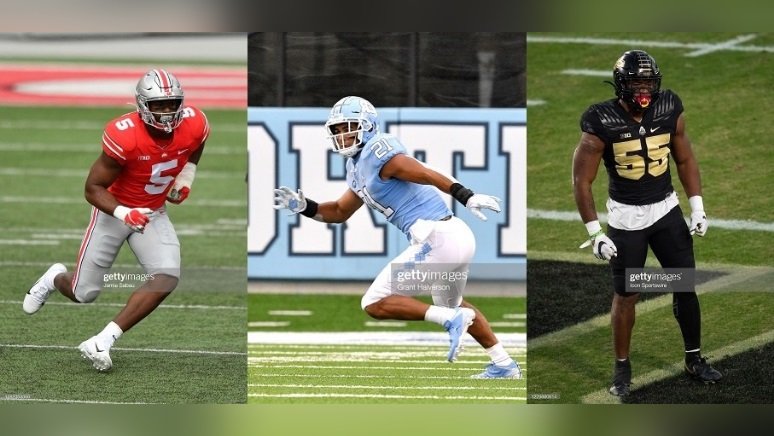 This past week the Pittsburgh Steelers re-signed inside linebacker Vince Williams to the roster. While that move surely helps the team’s depth chart at the position, in addition to lightening the need when it comes to the 2021 NFL Draft, the possibility of an ILB being selected a little less than two weeks from now still can’t be entirely dismissed.

With Williams now back in the fold, the Steelers’ inside linebacker depth chart includes he, Devin Bush, Robert Spillane, Marcus Allen, Ulysees Gilbert III, Tegray Scales and Jarvis Miller. Of those seven players, only Bush, Gilbert, and Miller are signed past the 2021 season. Come Week 1 of the 2021 regular season, Bush might be the only one still signed beyond 2021.

The Steelers are sure to have at least four inside linebackers on their 53-man roster for 2021. Quite possibly, even as many as five in total. As we sit here today, only Bush, Williams and Spillane seem to be locks to make the 53-man roster for Week 1 of the 2021 regular season. As for Allen, Gilbert, Scales and Miller, there’s a good chance that only one of them wind up making the 53-man roster this year out of training camp. At most, two of them might, and that happening would likely come at the expense of either Williams or Spillane.

There are quite a few talented inside linebacker types in this year’s draft class that fit what the Steelers need and look for. Several of them could likely last until Rounds 2, 3, or 4. That quick and dirty list includes the likes of Baron Browning out of Ohio State, Chazz Surratt out of North Carolina, Nick Bolton out of Missouri, Garret Wallow out of TCU, and Derrick Barnes out of Purdue, just to name a few. In fact, the Steelers have seemed to have more than just passing interest in all five of those inside linebacker types during the pre-draft process.

Despite what transpired recently with Williams being re-signed by the Steelers, I’m quite sure several fans of the team will be pulling for the selection of Note Dame product Jeremiah Owusu-Koramoah at 24th overall in the first round. While I can’t entirely rule out the possibility of such a selection happening, Owusu-Koramoah might be more nickel defender than he is a true every-down inside linebacker. His athletic profile and where he mostly played at Notre Dame are what are likely to get him drafted in the first 40 selections, not necessarily his play inside the box on defense in college.

In summation, while the readdition of Williams lowered the Steelers’ need at the inside linebacker position ahead of the 2021 NFL Draft, and maybe even put it behind the need for an outside linebacker, the fact that the depth chart is likely to be almost empty at that particular position a year from now means there’s still a rather good chance we see one selected at some point less than two weeks from now.