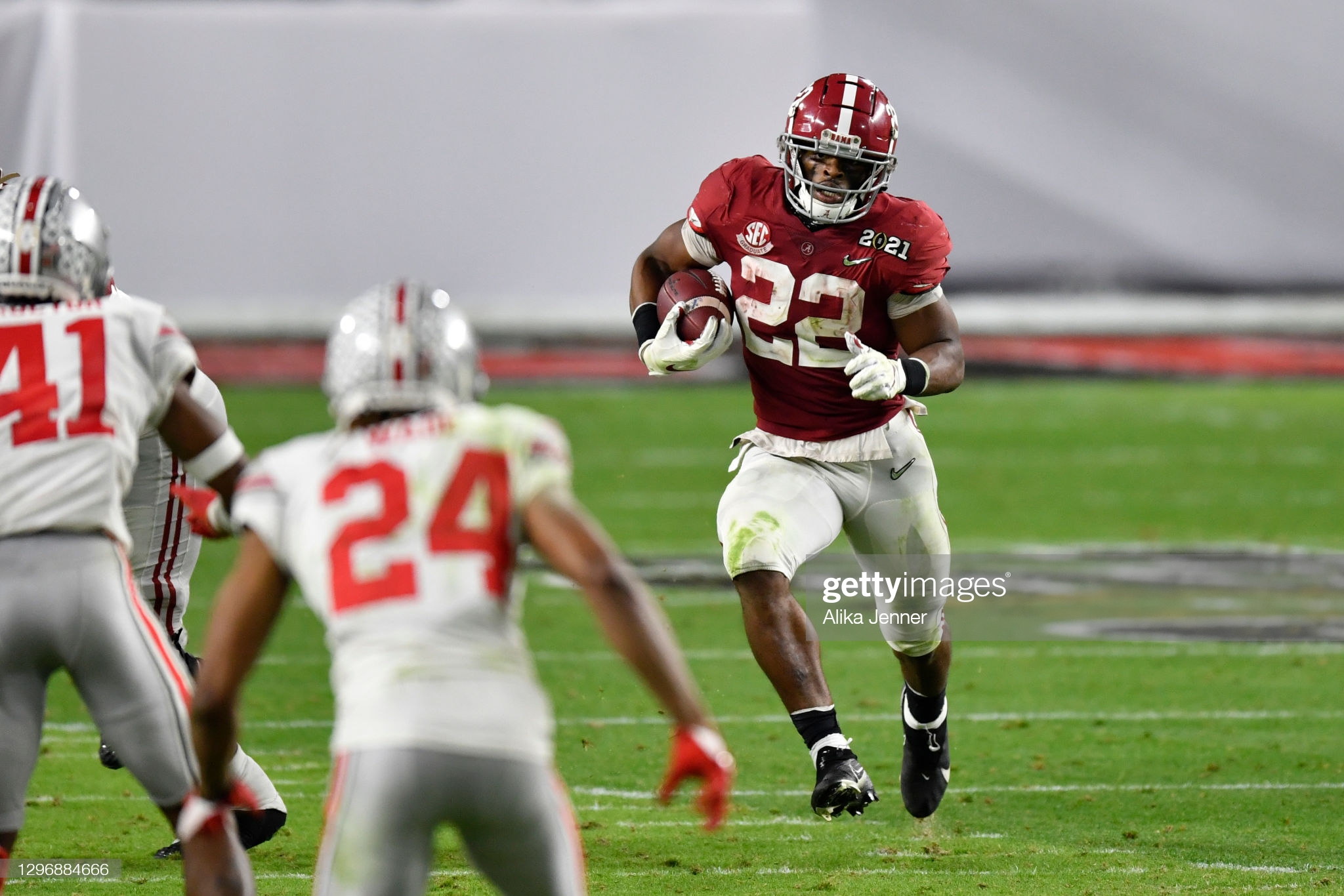 While it may be in part due to the continued expansion of analytics, there is also a certain football logic that has grown over the past decade or so. In a nutshell, it states that it’s best to restrain your investments at the running back position while extracting as much value as you can on rookie deals.

Many believe that virtually any first-round selection of a running back is ultimately a bad investment because of the shelf life and relative contributions of the position to the game. The Pittsburgh Steelers are front and center in that discussion today after using their first-round pick on running back Najee Harris. It’s no surprise that that decision made Pro Football Focus’ list of the biggest reaches of the first round. Ben Linsey breaks it down for us simpletons:

There is a lot to like about Harris as a prospect. He shows off a smoothness to his game that most bigger backs don’t have, and he’s a natural receiver. His biggest strength in the PFF Draft Guide is his catch radius. It’s not difficult to see Pittsburgh’s front office drawing the Le’Veon Bell comparison after his stretch of dominance for the Steelers.

The issue here is that there were other talented players, such as Teven Jenkins, Greg Newsome II and Jeremiah Owusu-Koramoah, still on the board who could also fill areas of need at more valuable positions.

The draft isn’t over, but Harris will have a tough time running behind the current iteration of Pittsburgh’s offensive line. It’s hard to get on board with the Steelers targeting a running back before fixing their offense’s biggest problem a season ago.

Run blocking, it must be said, has as much to do with scheme as it does with the raw talent of the men up front. And, well, the Steelers are doing more than playing musical chairs this offseason. They have made changes not only to the offensive coordinator but to the offensive line coach role.

While these may have been ‘in-house’ hires, Matt Canada and Adrian Klemm bring different philosophies to the table than their predecessors, and will have as much of an impact on the future of the running game as any draft pick will.

I also can’t help but wonder if the Steelers would have made this list if they drafted a center in the first round instead, none of which were selected in the actual first round, and one of whom they stand a more than fair chance of landing today.

Ultimately, it doesn’t matter whether or not a player is a ‘reach’ on draft day. What matters is what they do with the rest of their career. Perhaps one day we’ll be revisiting the 2021 NFL Draft via a redraft exercise and seeing Harris going in the top 10. Harris has motivation to prove the skeptics wrong.