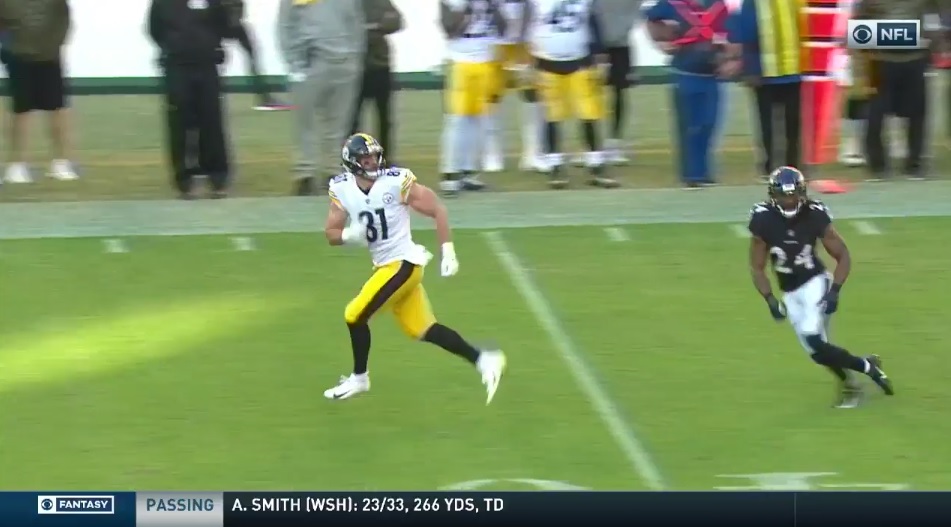 If the Pittsburgh Steelers want TE Jesse James back, they’ll have some competition. According to Pro Football Network’s Tony Pauline, the Buffalo Bills are interested in signing him. Pauline notes, though, that the two sides aren’t yet close on a contract.

Here’s what Pauline wrote in his most recent mailbag.

“The Bills are interested, but per my sources, they are not close to a contract. It may be a situation where the Bills or another team agree to a deal with James on Day 3 of the draft if they can’t come away with a tight end in Rounds 2-4.”

When James became a free agent after his rookie deal with the Steelers expired, the Bills reportedly wanted to bring him in. James took a four-year deal with the Detroit Lions. But the team cut him after two failed seasons and the hiring of a new coaching staff and general manager.

That may be the reason why James remains on the market. One month after signing that long-term commitment with the Lions, Detroit drafted tight end T.J. Hockenson eighth overall. That pushed James into a backup, reserve role, and he caught just 30 passes in his two years there. In James’ final season in Pittsburgh, he caught 39 passes.

So James would be wise to wait and choose his next team after the draft, when he has a good feel for what each team’s depth chart looks like. At this point, despite his market likely being light financially, it would be a surprise to see him sign before the draft begins. As Pauline notes, the earliest that may come is on Day 3, when the top tight ends in the class are off the board.

Pittsburgh certainly needs to add to its tight end room in some form or fashion. Eric Ebron is the starter, but depth behind him is poor. There’s third-year player Zach Gentry, who hasn’t shown much in his limited snaps. He also missed most of last year with a knee injury. There’s Kevin Rader, who impressed in his Week 17 debut, but is unlikely more than a #3 tight end. Then there’s a smattering of unknown futures contract players like Dax Raymond and Charles Jones. Ebron, by the way, will be a free agent next offseason.