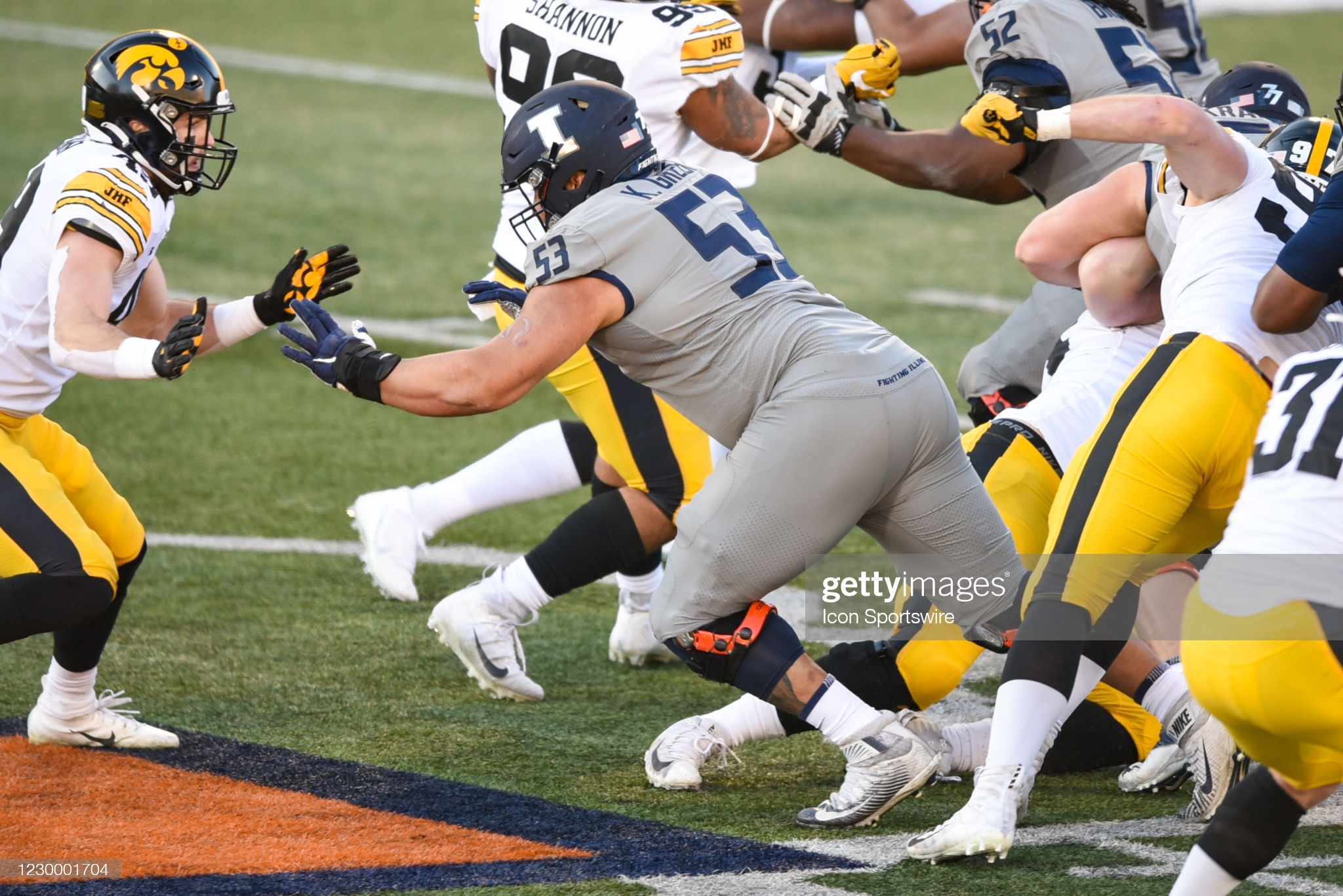 The Pittsburgh Steelers had two goals on the top of their agenda, which were interconnected: fix the run game, and replenish the offensive line with a more physical identity. They have worked on achieving both throughout the offseason, and are relying heavily in the draft to achieve those ends.

It started in the first round with running back Najee Harris, but third-round center Kendrick Green fits the profile of physicality that new offensive line coach Adrian Klemm said he was looking to establish within his group as he takes over the lead of the unit.

Speaking to reporters over a conference call following his selection, Green said that he plays with “a mean streak” on the field, and that he is “looking to play physical and finish guys” when he’s out there. That would certainly fall in line with what Klemm has said earlier this offseason.

“One thing we want to really focus on is just being physical”, he told the team’s website. “Bringing a physical aspect to the game back. Playing with passion. Communicating. Getting guys in the right spots. Not doing too much but doing enough to keep the defense off-balanced”.

That is something that the team has gotten away from, ironically, starting with Mike Munchak, who prioritized other attributes over raw physicality, and whose primary focus was simply making the block, rather than how it gets blocked.

One can argue that the Steelers’ current offensive line situation can be attributed to multiple causes, and that does include both coaching and personnel. The group has certainly gotten up there in age, with numerous players now retired, including Marcus Gilbert, who spent eight seasons here.

The team is banking on players like Zach Banner, Kevin Dotson, and now Green making up the core of their future along the line, and all three of them bring a more physical mentality to the field than some other linemen they have had in the recent past.

Of course, the desire to be physical and pulling it off with success on the field don’t always align. We have seen this team operate with ‘physical’ linemen in the late 00s, and they could have done with some reigning in.

Right now, all we can say is that the Steelers have addressed an area of need along the offensive line so far, and have made modifications to their coaching structure with the promise of altering their approach. How that all works out come Sundays remains to be seen.