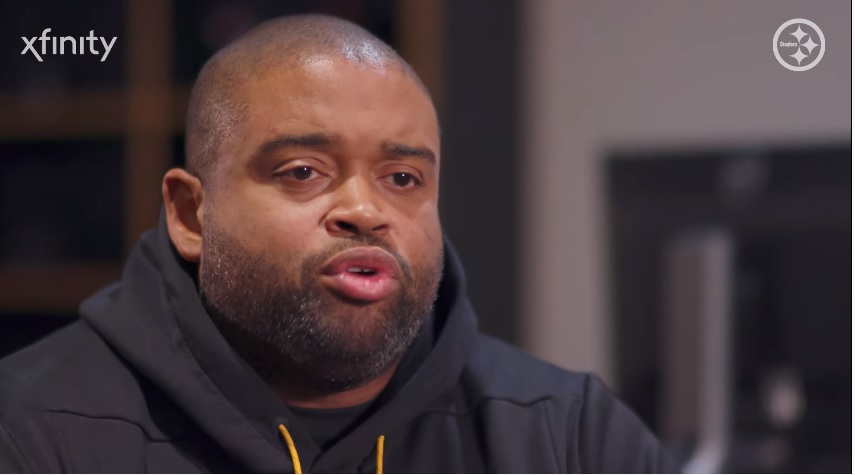 For the second time this offseason, Adrian Klemm is saying what we all watched. The Pittsburgh Steelers’ offensive line wasn’t physical enough in 2020. And that needs to change.

Klemm initially made that comment in a guest spot months ago. He made a similar statement in the latest draft preview, The Standard, on the team website.

“We struggled a little bit last year,” Klemm said. “Obviously we didn’t do as well as we did the last few years. One thing we want to really focus on is just being physical. Bringing a physical aspect to the game back. Playing with passion. Communicating. Getting guys in the right spots. Not doing too much but doing enough to keep the defense off-balanced.”

The lack of physicality up front partially led to the Steelers having the worst rushing attack in multiple categories and their lowest output since the 1960s. There’s no question the front office has an eye towards finding physical, nasty players. That’s why they’re reportedly high on guys like Oklahoma State OT Teven Jenkins, Alabama C Landon Dickerson, and Wisconsin-Whitewater center/guard Quinn Meinerz.

Pittsburgh’s making wholesale changes when it comes to the run game. Klemm will be entering his first year as head offensive line coach after serving as an assistant. Longtime coach Chris Morgan was brought in to aid Klemm. Matt Canada was promoted to OC. The Steelers are fully expected to draft a running back and at least one offensive linemen in next week’s draft. Zach Banner will hopefully play the whole season at tackle after appearing in just one game last year. And Kevin Dotson will enter the year as the full-time starter at left guard, replacing the departed Matt Feiler.

“It’s a new group. It’s a fresh start. The offense is going to change in some ways. And it’s an opportunity to put a fingerprint on it.”

Klemm said he and Morgan have to set the tone and the standard in the room.

“The players are a reflection of us. In terms of the coaches in each room. Chris Morgan, the other offensive line coach, we have the same mindset. We want to build a culture based off physical play. That’s what this organization has been based off. Whether it’s offense or defense.

“I remember being a player and knowing going into the week it was going to be a hell of a week of practice. We’re wearing pads all week because we’re getting down on Sunday. I want to get back to that for our group. When we put on the film, we’re not talking about how physical we’re going to be. No one’s asking us questions of if we can run the football. Our film will speak for itself. I’d like to get to that point sooner than later. And I think we can with the guys we have here now and hopefully the guys we’ll bring to it. But more than anything, the culture that we have here. Getting back to the roots of that. Putting the emphasis on that in terms of physical play, finish, and just a nasty disposition every play.”