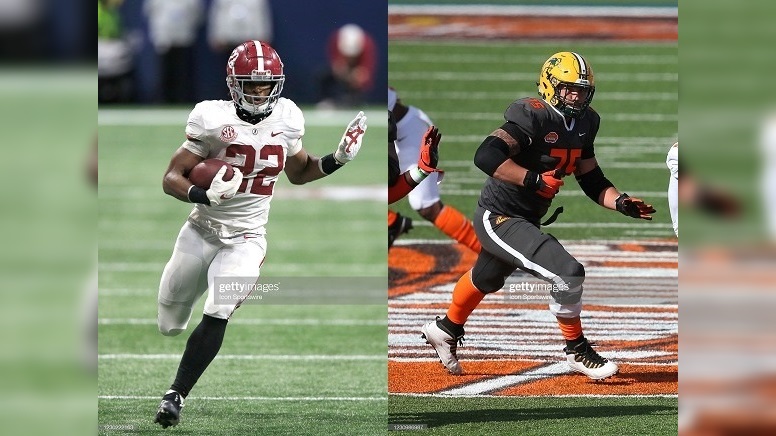 Mel Kiper Jr. of ESPN released a new two-round mock draft on Tuesday and his two selections for the Pittsburgh Steelers might just please the masses overall.

At 24th overall in the first round of his latest April mock draft, Kiper has the Steelers selecting Alabama running back Najee Harris. Below is what Kiper wrote as his reason for mocking Harris to the Steelers.

The Steelers could go with an offensive lineman here, as center Maurkice Pouncey retired, tackle Matt Feiler left in free agency and free-agent tackle Alejandro Villanueva is still unsigned. But I’d love to see Harris in this offense to take the pressure off quarterback Ben Roethlisberger. He could grind down defenses as a runner and help in the short passing game. If Harris goes in Round 1, he’ll be the fifth Alabama running back picked in the first round since 2000. The others: Josh Jacobs (2019), Trent Richardson (2012), Mark Ingram (2011) and Shaun Alexander (2000). Notably absent is Derrick Henry, who was a second-round pick in 2016 and somehow just had an underrated 2,000-yard campaign.

Kiper mocking Harris to the Steelers is more than reasonable based on everything we have seen transpire so far during the pre-draft process. It certainly feels like the Steelers first-round selection this year is destined to be a running back and either Harris or Clemson’s Travis Entieene at that.

Kiper, in case you’re curious, has Etienne going to the New York Jets at 34th overall, the second selection in the second round. Harris is also the first and only running back that Kiper has coming off the board in the first round.

As for the Steelers second selection in his latest mock draft, Kiper has the Steelers picking North Dakota State tackle Dillon Radunz at 55th overall. Below is his reasoning for that selection.

After I gave the Steelers a running back in Round 1, here’s another selection to help quarterback Ben Roethlisberger. Radunz started 32 games for the Bison and was a two-time FCS All-American. He stood out on tape when I studied Trey Lance — he just swallowed FCS edge rushers. As it stands, Pittsburgh will have new starters at both tackle spots, so this pick is about creating competition there.

Another more than reasonable selection for the Steelers from Kiper. While people might debate if Radunz is a second or third round tackle, there’s no real debating about his fit with the Steelers, who seem destined to pick a tackle with one of their first four selections in this year’s draft.

Like Harris, Radunz was a Senior Bowl week participant earlier in the offseason. He checks quite a few boxes when it comes to him potentially being a Steelers draft pick this year. Radunz, by the way, is the sixth tackle that Kiper has coming off the board in his latest draft.

Overall, this might just be one of Kiper’s best and most realistic multi-round mock drafts that he has released in years.