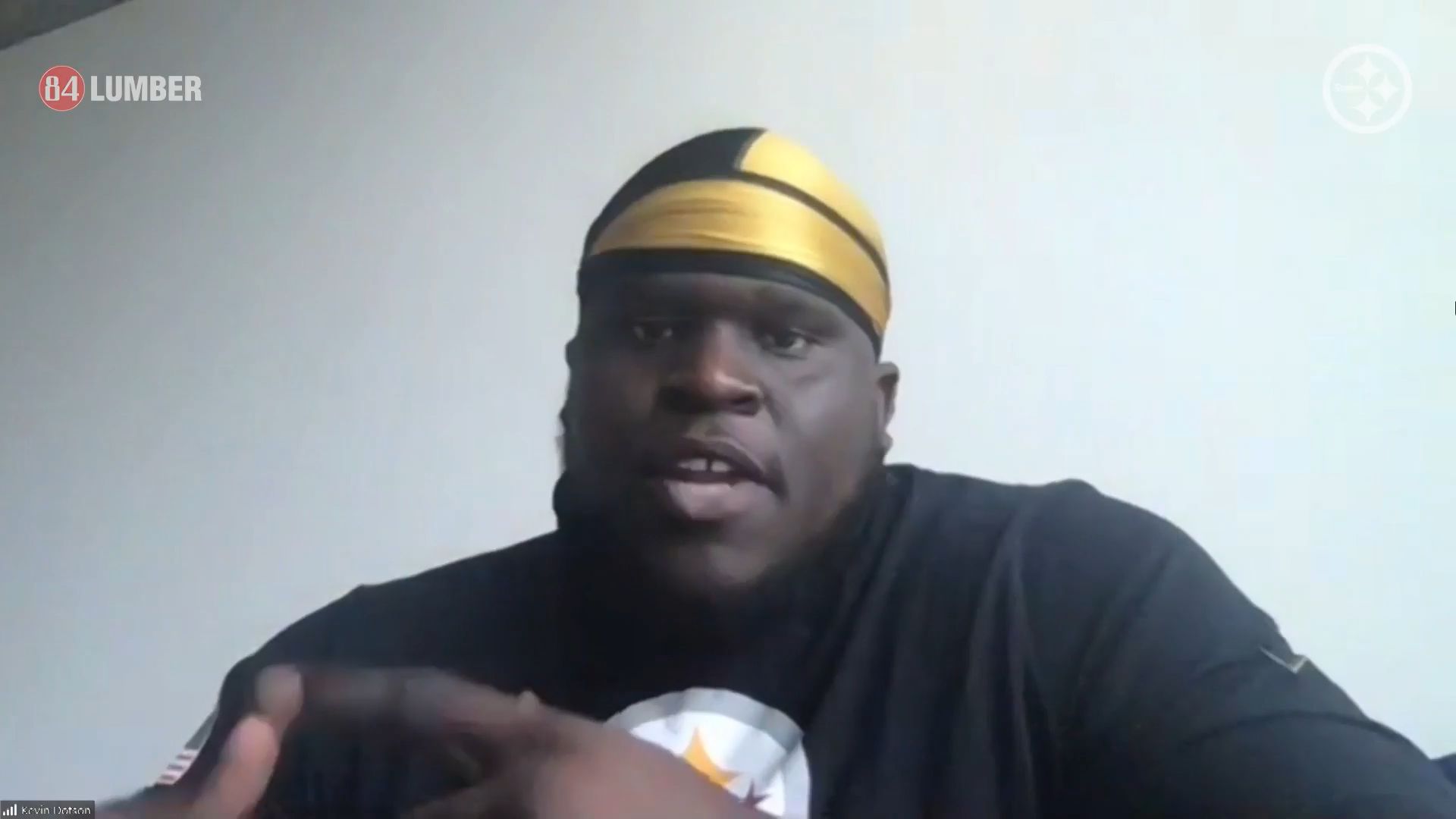 Exit meetings are an important barometer for both players and teams to gauge where things stand and where to go next. They help set the schedule for what’s to come during the offseason, and even beyond, which is why it’s interesting at times to hear what players are told during their exit meeting.

Missi Matthews recently asked second-year guard Kevin Dotson what the Pittsburgh Steelers coaches told him during his own exit meeting, during which he started four games, and was seen as a starting candidate for 2021.

“My interview was more of like, just telling me the potential that I have, and to not fall into that second-year slump or get too—I don’t want to say too confident, but you don’t want to get to the point where you think you’re better than you are”, he said, during the interview on the team’s website. “Stay grinding, keep your head down, all the things that you hear your entire life. Don’t get too happy, don’t get too sad, just stay working, stay level-headed. Those things I pride myself on already, so I feel pretty good about it”.

Dotson is probably one of the most popular players among fans on the team right now, and it makes sense, because he does check a lot of boxes. He’s a bit of an underdog, coming from a small school with not Combine invitation. He was a Steelers fan before he was drafted. He comes into the league with a background as a physical run blocker. What’s not to like?

That could change in a hurry if he steps into the starting lineup and doesn’t perform up to expectations. But while his confidence has changed radically since before the draft, his personality really doesn’t seem to be one that would thrive on complacency, as he suggested.

He did put in quality work last season, and actually amassed 360 offensive snaps played. The last Steelers rookie offensive lineman to play that many snaps was Mike Adams, their second-round pick in 2012, who started six games after Marcus Gilbert was injured.

Like Dotson, Adams was well-regarded after his rookie season, with even Pro Football Focus writing positively about his play, and was expected to move into the starting lineup full-time in his second year. He did, but he would be benched in favor of Kelvin Beachum before too long.

Of course, Dotson is his own man, and the commonalities between the two players end there. I feel pretty good about the prospects of him developing into a long-term starter for the Steelers, but only time will tell.