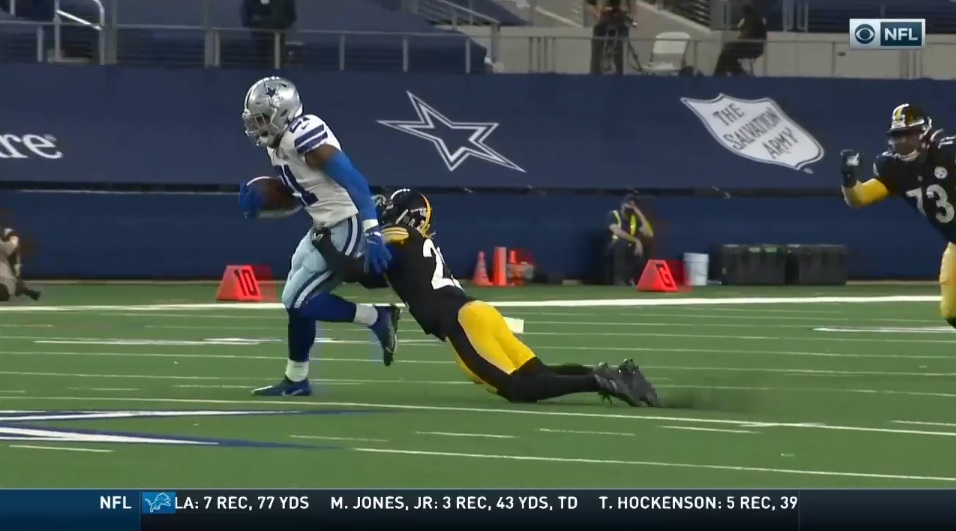 The release of CB Steven Nelson was an unexpected chapter in a hectic Pittsburgh Steelers’ offseason, one that had a lot of layers to it. But at the end of the day, both sides are in agreement for why Nelson was let go. The contraction of the salary cap forced the team’s hand.

Kevin Colbert confirmed as much during his pre-draft press conference Monday.

Those tough choices included cutting their starting corner, and arguably their best corner of the past two years. Nelson said the same in his first interview after being released by the team, confirming he believed he was being let go because of the salary he carried. The NFL’s cap went down from nearly $200 million to just over $180 million, forcing the team to let go of marquee free agents like Bud Dupree and Mike Hilton while releasing Nelson and Vince Williams. They were able to bring Williams back on a one-year deal.

Nelson’s release freed up enough money to sign outside free agents and bring back in-house ones like WR JuJu Smith-Schuster. It also created a lot of flexibility for the team to have in-season cap room, about $6-7 million, that would’ve been very difficult to create otherwise.

Nelson remains a free agent. He tweeted he’s still weighing his options as to where his next stop will be.

I could sign anywhere but I’m not average I just want my respect and worth. Island out 🏝 https://t.co/qlDYmXhYhK

Pittsburgh will replace Nelson with Cam Sutton, brought back on a two-year deal. The team also has a pair of young corners in James Pierre and Justin Layne. Pierre was the only UDFA to make the team out of training camp last season and seemed to surpass Layne on the depth chart by season’s end.