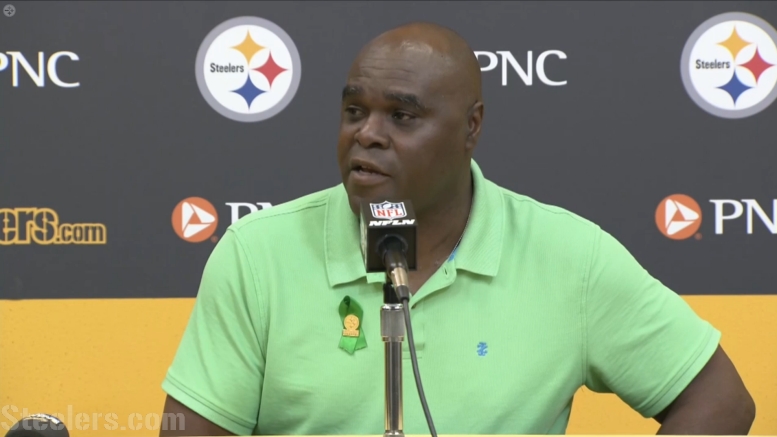 The Pittsburgh Steelers lost another unrestricted free agent yesterday when running back James Conner signed a deal to join the Arizona Cardinals, where he will have some familiar faces around in the building—a not uncommon theme for former Steelers who join the Cardinals, as anybody who has been paying attention for the past decade and a half would know.

While former teammate Marcus Gilbert is there, Kelvin Beachum is as well. Beachum left in free agency before Conner was drafted in 2017, but was in Pittsburgh while the running back was at Pitt, and no doubt they were acquainted at that time.

Not only does he get to hook up with some familiar faces in the locker room, however, he also has familiarity with his new position coach, James Saxon, who was the Steelers’ running backs coach between 2014 and 2018, Conner’s first two years in Pittsburgh.

“It was awesome to link back up with Coach Sax. He was always more than a coach to me”, he told Arizona reporters yesterday. “He was just about a person and talked about what he expected and put it out all up front. With him, we had history together, and they already had a great running back room, and I’m just looking to add to it and help out where I can”.

Conner signed a very modest one-year contract to join an up-and-coming team with the young Kyler Murray at quarterback. Some, like myself, wonder if he should have just waited until after the draft to sign somewhere, when there might be a larger secondary market, but he sees the fit in the desert.

It doesn’t hurt to have his former coach, either, under whom he had a breakout season in 2018 that earned him his lone Pro Bowl nomination in his only season as a starter before the Steelers parted ways with Saxon.

Pittsburgh produced four Pro Bowl seasons out of the running back position during Saxon’s five years there, and really, it should have been five, as DeAngelo Williams deserved to make it in 2015 the year that Le’Veon Bell, who owns three of those Pro Bowls, was injured.

They haven’t had any Pro Bowl seasons from the running back position since then under new running backs coach Eddie Faulkner. Though it’s a very small sample size, of course, the running game has only taken steps back since Saxon’s contract was not renewed.

Though largely thanks to Murray’s running ability, the Cardinals ranked seventh in rushing yards last year, fourth in rushing touchdowns, and ninth in yards per carry. But their lead runner, Kenyan Drake, is no longer with them.