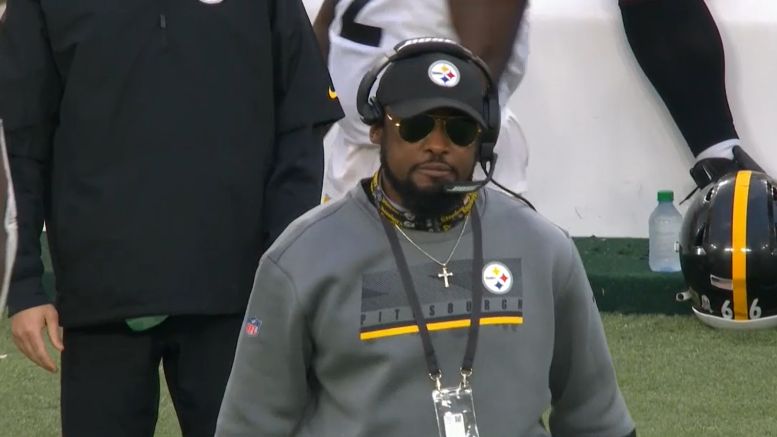 Mike Tomlin’s contract extension, announced by the team Tuesday, came a bit out of nowhere. And it was a much longer extension than his previous one, a three-year pact that will keep him in Pittsburgh through the 2024 season. According to a great article by the Post-Gazette’s Gerry Dulac, the team made it a three-year extension so Tomlin would serve as the bridge between the Ben Roethlisberger/Kevin Colbert era and whatever comes next.

“Losing [Roethlisberger and Colbert] possibly at the same time, would represent a seismic shift for a franchise whose foundation has been built on stability. According to sources, the move to keep Tomlin for at least four more seasons helps ensure stability at a time when some semblance of continuity will likely be needed.”

The odds of Roethlisberger and Colbert being with the team in 2024 is low. Both could retire after this season. While not guaranteed, 2021 probably marks Roethlisberger’s last season, while Colbert has been working on one-year contracts for several seasons.

Both men retiring would create big holes in an organization committed to stability. They haven’t had to find a new starting quarterback since 2004. They haven’t had to hire a GM since 2000. Pittsburgh views Tomlin as the man able to bridge that gap. He’s kept the team intact through difficult stretches and down seasons, never losing that locker room. His presence will be important in the post-Roethlisberger/Colbert era. The Steelers obviously didn’t want to have additional uncertainty with their head coach on top of what they’re dealing with at quarterback and general manager.

The Post-Gazette article also notes Tomlin’s salary is around $9.5 million per season. That makes him the fourth-highest paid head coach in football.

As we wrote about earlier today, many Steelers past and present have come out in support of the Tomlin extension. Per Dulac’s article, QB Ben Roethlisberger also supported the move.

“’I think he deserves to stay as long as he wants,’ quarterback Ben Roethlisberger said in a text message on Tuesday. ‘I think stability is huge and underrated in this game. He will go down as one of the greats.’”

Entering his 15th season as Steelers’ head coach, Tomlin has compiled a 145-78-1 regular season record. He’s been to two Super Bowls, winning one, and captured seven AFC North crowns, including one in 2020. But the last decade has been a disappointment with the team winning only three playoff games. Last year, the Cleveland Browns bounced them in upset fashion.

Tomlin needs just five wins to pass Bill Cowher for second-most in franchise history. Chuck Noll holds the top spot with 193. If Tomlin averages 12 wins over the next four seasons, something slightly easier to accomplish in a 17-game season, he’ll tie Noll for that Steelers’ record.