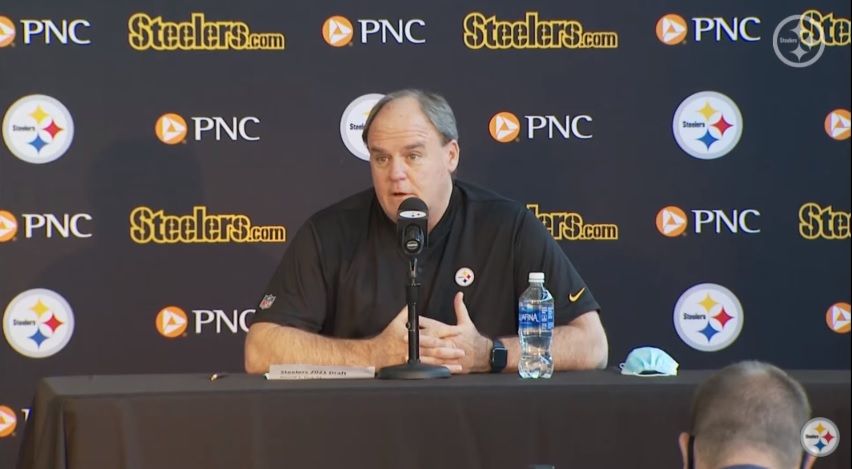 “You can never underestimate the value of a quality player at any position,” Colbert said during a Monday press conference. “Running back is no different. I understand the game has changed. It’s a more horizontal game than it is a vertical game. People don’t play traditional football as Coach and I grew up with two-back sets and power games and so on and so forth. It has changed. But if you have a dynamic player at any position, that player should make a difference. And running back is no different.”

Colbert has only drafted one running back in the first round since taking over the Steelers in 2000: Rashard Mendenhall in 2008. The Steelers have spent the last several seasons investing mid-round picks in the position with average to mediocre results — James Conner, Jaylen Samuels, Benny Snell, and Anthony McFarland.

The Steelers are looking for a feature runner. And Colbert was quick to point out the ones who end up in Canton usually were selected earlier than later.

“If you look at Hall of Fame runners, most of those guys were taken in high rounds.”

Pittsburgh famously drafted Franco Harris in the first round in 1972. And Jerome Bettis, acquired via trade with the Rams, was also a first round pick.

The biggest buzz at pick #24 has been around Alabama RB Najee Harris. He’s been the most popular selection to the Steelers, and the near-consensus pick in the Depot writers’ mock drafts. However, Colbert noted this was a deep running back class, so he certainly isn’t committing himself to using his first pick on the position. If the team doesn’t take someone like Harris or Clemson’s Travis Etienne at #24, they could look at someone like Ohio State’s Trey Sermon on Day 2.

Point is, don’t count Colbert in the “anti-running back camp.” He grades the player, not the position.

“I don’t ever place that value high or low on a given position. I base it on who the player is and what that player can do to help us.”