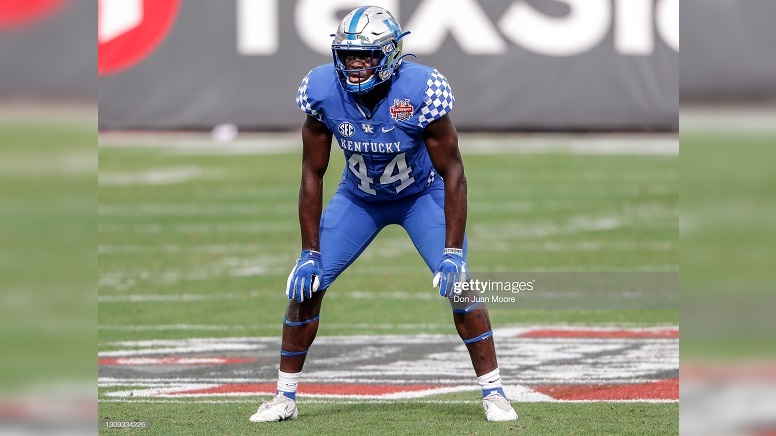 The final major media mock drafts of 2021 continue to pour in with it being draft week. Tuesday, we have one from Bucky Brooks of the NFL Media to pass along, that includes quite a surprising selection for the Pittsburgh Steelers at 24th overall.

In Brooks’ final mock draft of 2021, he has the Steelers selecting Kentucky linebacker Jamin Davis 24th overall. Below is his reason for doing so.

Adding speed and athleticism to an already-fast defense would give the Steelers a decided advantage over opponents opting to spread it out. Davis is a playmaker with instincts, awareness, and ball-hawk ability.

In his three seasons at Kentucky, Davis registered 144 total tackles, of which five resulted in lost yardage. He also recorded five interceptions during his college career to go along with three passes defensed and a forced fumble.

It’s quite surprising to see Brooks mock Davis to the Steelers. For starters, the Steelers seem destined to draft an offensive player at 24 overall this year, either a running back or an offensive lineman. Additionally, neither Steelers general manager Kevin Colbert nor head coach Mike Tomlin were present for the Kentucky Pro Day this year.

While the Steelers could certainly use another inside linebacker via the draft this year, it’s so hard to imagine them picking one in the first round. Should Davis somehow fall to the Steelers in the second round, it’s certainly plausible that he could be the selection at 55 overall.