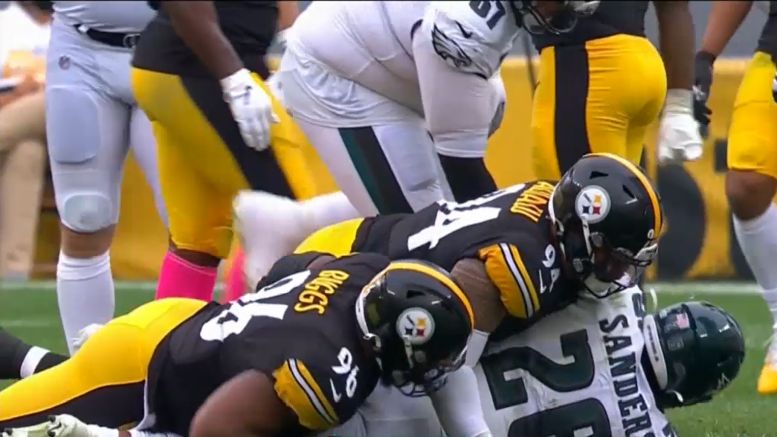 Tyson Alualu: Retained on another two-year contract, Alualu is coming off arguably his best professional season after shifting inside to nose tackle. He was perhaps among the best run defenders in the league a year ago before suffering a knee injury in the second half of the year.

Carlos Davis: A rookie seventh-round pick a year ago, Davis made significant strides. He ultimately overtook Buggs for the top backup nose tackle job and showed some flashes of ability that put him in the position of front-runner for the role this year.

Isaiah Buggs: Buggs lost ground to Davis last season, spending much of the second half of the year as a healthy scratch when there were enough bodies to go around, though he also missed time due to COVID-19. I still think he is a talented player who could reasonably push for the backup nose tackle job.

Henry Mondeaux: A practice squad graduate, Mondeaux is primarily a defensive end in the Steelers’ front, but does have inside capability, and played at nose tackle a small bit a year ago. He would be the emergency number three in a best-case scenario as a player who can play at all positions.

Demarcus Christmas: The current owner of the jolliest last name on the roster, Pittsburgh added him to the practice squad in early November last year and spent the rest of the year there. A former sixth-round pick of the Seahawks in 2019, he has yet to log a game. He spent the entirety of his rookie season on the PUP List and only seeing practice squad time last year.

Retaining their entire depth chart from last season, including the practice squad, it seems unlikely that there will be any movement on the Steelers’ part at this particular position this offseason. At best, they may invest a late-round pick here, more likely a college free agent to compete down the line. They still want to see more from their own young guys, including Mondeaux.