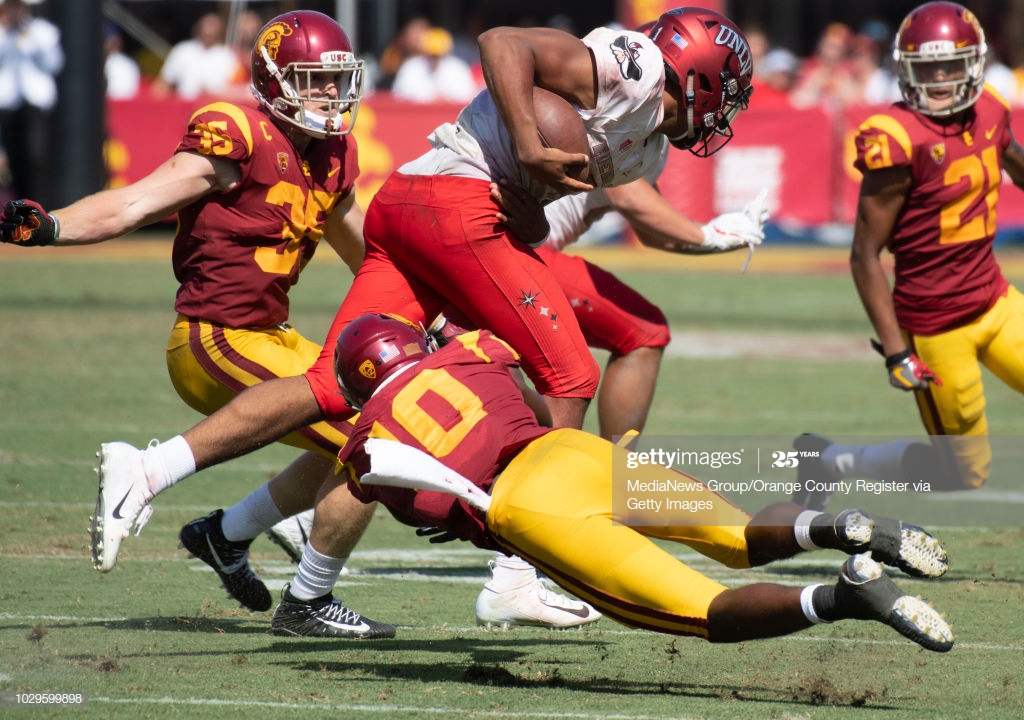 One of a couple inside linebackers that the Steelers picked up as college free agents after the draft last year, John Houston was a sizeable prospect out of USC with a good deal of starting experience at a major college program.

He was among the first players to be released, however, when the team started making cuts in early August to get into compliance with the COVID-19 protocols that required teams to trim their 90-man rosters down to 80.

That was just a week or so into training camp, and really before they did any meaningful work, essentially boiling down to glorified Phase 1 and Phase 2 elements of the offseason, with true practices beginning shortly thereafter.

The Steelers had lost Mark Barron and Tyler Matakevich from the position since the previous year, and were counting on young players like Robert Spillane and Ulysees Gilbert III to step up. While they didn’t use a draft pick on a linebacker after taking Devin Bush in the first round, they knew they needed to add some depth.

As it would turn out, that depth would come from safety, as they converted Marcus Allen to linebacker. Neither Houston nor Leo Lewis, the other undrafted free agent linebacker addition, would last very long in Pittsburgh. He got a look from the Falcons in October, but apparently never signed.

Like Christian Montano, whom I wrote about yesterday, though, Houston participated in USC’s Pro Day last month. The New Orleans Saints just signed Montano yesterday weeks after that workout, so there’s still hope.