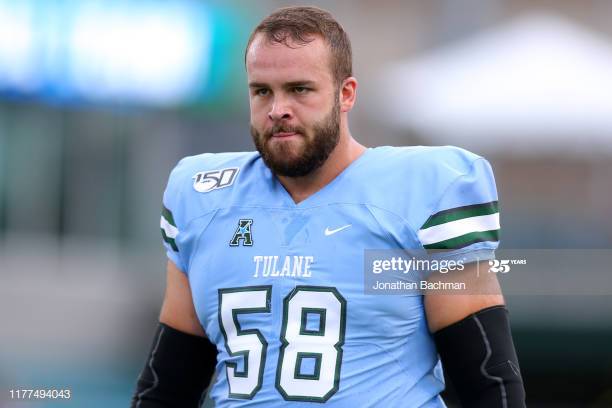 One of 10 players the Steelers signed as rookie college free agents in 2021, Christian Montano was not among those who would last. In fact, among the first group of players cut from the 90-man roster was Montano, as teams, by requirement, trimmed down to 80 in order to comply with COVID-19 protocols.

That means that Montano, out of Tulane, didn’t get a chance to have a cup of coffee with the team. Because of the pandemic, there were no in-person spring workouts. He tenure with the Steelers officially lasted from April 30 to August 2. Teams hadn’t even begun to do real practices by that point.

Montano did not receive much of a chance, as was the case with so many players in his shoes. But also like many, they were given opportunities this offseason to go back to their alma maters (or nearby universities) and participate in their Pro Days to get eyes on them again.

Montano participated in Tulane’s Pro Day a few weeks ago, along with several other alumni looking for jobs. I don’t know if any of the others ended up signing with any NFL teams since then. But it doesn’t appear that Montano has.

That is until the New Orleans Saints just signed him earlier today, coincidentally.