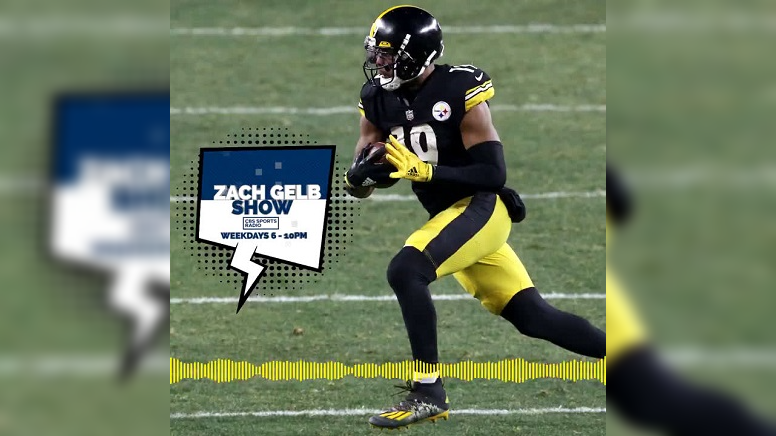 As we roll into day three of the start of the new league year, the Pittsburgh Steelers have a couple of big-name free agents still left unsigned. We haven’t really heard anything about Alejandro Villanueva yet, even though many have suspected he could command a deal nearing the $15 million APY range, for example.

We have heard plenty about wide receiver JuJu Smith-Schuster, however, even though as of this writing we’re still sitting here waiting for any kind of meaningful movement. Breaking into the league in a big way his first two seasons and becoming beloved even by the NFL community at large, things have been less lit for the young social media savant since his fumble against the New Orleans Saints in 2018.

One idea that any regular reader here probably knows that I never bought, though, was the suggestion that his market value and interest from other teams will suffer because of his social media behavior, particularly the thing for which he drew the most scorn, his pre-game TikTok dance videos on team logos. Apparently Zach Gelb of his own eponymous show is in the same boat—even if he doesn’t think he should get the big payday.

“‘He can’t work in New York because the TikToks are gonna be a distraction’. Are you kidding me?”, he said on The Zach Gelb Show yesterday. “You can’t come up with something better than that? The TikToks were never a distraction. That is a bunch of hogwash. That’s a bunch of baloney”.

“You didn’t hear a word about the TikToks when they were 11-0”, he added, though that wasn’t entirely true. “But the minute they lose, you have players from other teams say, ‘oh, I was motivated that he ran to midfield in pre-game warmups and threw the football down on our logo’”.

For many, their biggest issue with the behavior was that the ‘disrespect’ of other teams’ logo fueled the Steelers’ opponents and provided them with bulletin board material, something everyone on the Steelers who has been asked about it denied (which, of course they would).

“If you’re an NFL player and that actually motivates you, ‘oh, I gotta turn it up a different level because JuJu Smith-Schuster did a TikTok dance’? Just stop it”, Gelb said, though he did knock the receiver for his Browns comment. “The only actual motivation that JuJu Smith-Schuster provided to another team this year was when he said before a playoff game—this part was stupid—‘the Browns is the Browns’.

Ultimately, while he doesn’t view Smith-Schuster as a number one receiver or a guy who should get the huge deal, he said he will defend him against the idea that his social media activity hurt him. “I think he’s more of a number two than a number one, and I would not give him a big-time deal, but if the Jets do, it’s not gonna be a problem because he likes to have TikTok dances and do the Corvette Corvette. If that’s your analysis, get lost”, he said.

It’s only a matter of time before he signs a deal, but it would be hardly surprising if it comes in at less than many initially expected given how light the wide receiver market has been, with teams anticipating yet another very strong draft for the position.

.@ZachGelb sounds off about any concerns regarding JuJu Smith-Schuster because of TikTok videos.

“Stop with this notion that the TikTok stuff is a reason why you may not want to sign @TeamJuJu!”#Steelers #Jets @WFAN660 @937theFan pic.twitter.com/HXbnSm2nZt