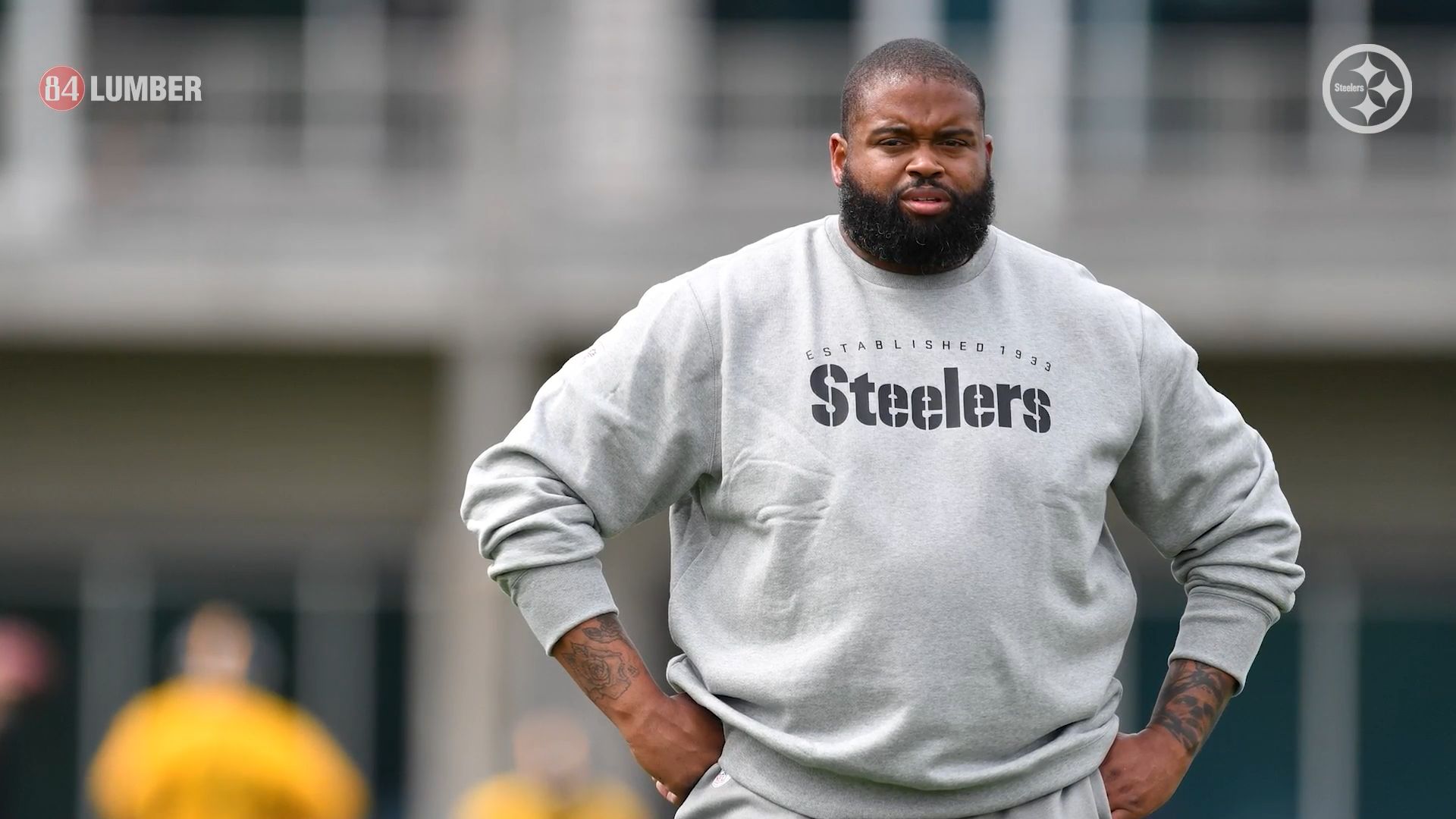 While it’s not yet a done deal, there is a good chance that for the second year in a row, Zach Banner will open the season as the Pittsburgh Steelers’ starting right tackle. Of course, he suffered a torn ACL in that game and continues to rehab that injury.

What is a done deal is the fact that Adrian Klemm will be the team’s new offensive line coach this season, following his promotion from assistant, a role in which he served under Shaun Sarrett over the course of the past two seasons.

Most of Banner’s Steelers’ career, and all of his playing time, has come since Klemm was fired hired in 2019, and he credits him for much of not only his development, but that of the other young linemen as well—and even teaching the older linemen a new trick or two.

“People don’t understand that the head offensive line coach has a lot of scheme and a lot of film and a lot of things to break down during the week, the Xs and Os, and then controls the entire unit and how we operate in practice”, he said.

“But that assistant job is very, very good in the developmental role, especially how Klemm does it. Not only myself, but Chuks, Kevin Dotson, and a lot of the younger guys, too. Also, too, he was developing a lot of the older guys, too in the later parts of their careers”.

Unlike Sarrett, Klemm is a former NFL player, spending six years in the league, including the first five with the New England Patriots, where he learned his craft under the great offensive line guru, Dante Scarnecchia, a role he continues to hold today.

His hiring by the Steelers was his first coaching gig in the NFL, but he did precede that with nearly a decade of college experience at SMU—where he coached Kelvin Beachum—and at UCLA. He served as offensive line coach at both schools, and had other responsibilities, such as run game coordinator and assistant head coach, at UCLA.

“He’s just a great coach. There’s a reason why he got hired”, Banner said. “He likes to focus on the finishing and the technique and just being nasty. Not to the point where we’re getting people hurt or anything like that, but, that Pittsburgh mentality as offensive linemen that’s been here for years and years and years—how do we get back to doing that?”.

I’m sure that’s music to the ears of many, but regardless of the approach, something simply must be done that improves the run blocking in particular, and it’s reasonable to conjecture that it has something to do with the techniques and approaches taught moreso than the players’ personal demeanor.