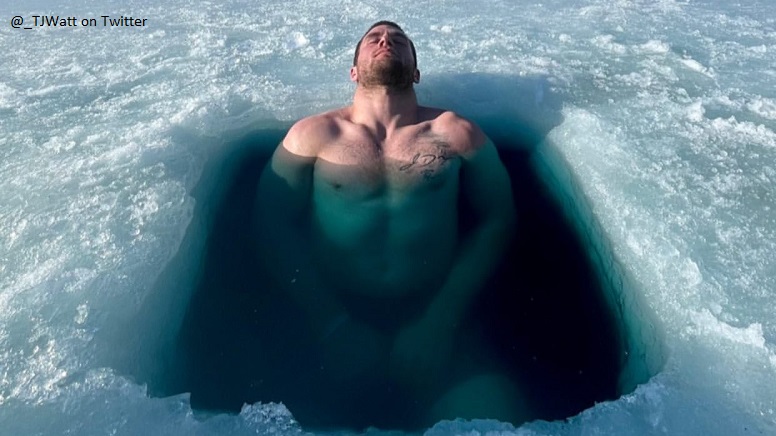 The Watt brothers are back in Wisconsin doing their offseason training and that’s not a big surprise. What might be a big surprise, however, is how they cooled down after they worked out on Thursday.

According to several social media postings by the Watt brothers on Thursday, the oldest, J.J. Watt, now of the Arizona Cardinals, along with T.J. Watt and Derek Watt, decided to cut a hole out of a part of a frozen lake and use it as an ice bath to help with recovery from their workout. Apparently the chainsaw used didn’t work out so well.

J.J. Watt just signed a two-year, $31 million contract with the Cardinals earlier this week after being released by the Houston Texans several weeks ago. As for Steelers outside linebacker T.J. Watt, he’s expected to become the NFL’s highest paid defensive player before the 2021 NFL regular season gets underway.

I wonder if any Subway sandwiches will be devoured after these three brothers get out of the cold water. By the way, today is reportedly National Sons Day and I bet Mr. and Mrs. Watt are certainly proud of their three boys.

(more like second workout, after the chainsaw wouldn’t work) pic.twitter.com/UibPxIzlAF