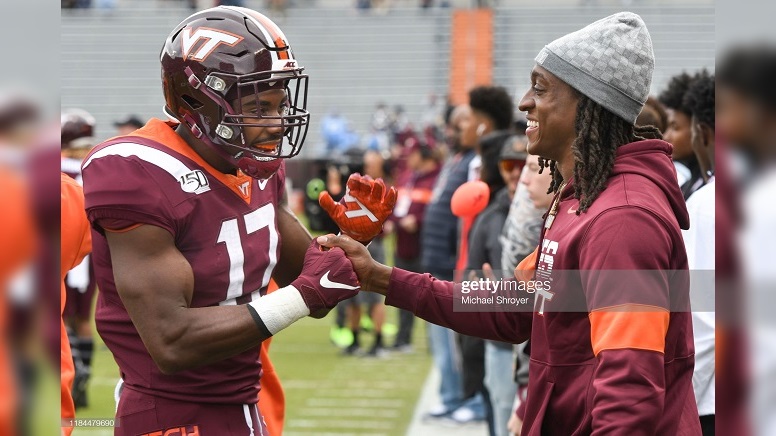 Friday was a busy day for the Virginia Tech football program as the school’s annual college pro day was held. The Pittsburgh Steelers reportedly had defensive backs coach Teryl Austin and scout Mark Gorscak present for the Friday Virginia Tech pro day that included tackle Christian Darrisaw, cornerback Caleb Farley, running back Khalil Herbert, and safety Divine Deablo being on display. Not only did Darrisaw and Farley say on Friday that they have had or will have had contact with the Steelers by the time the weekend is finished, the same goes for Deablo, who admitted during his media session to already talking to head coach Mike Tomlin and Kelvin Colbert.

“I actually met with them recently,” Deablo said.

With Deablo being a Virginia Tech product product, he was asked Friday if he’s been contact recently with Steelers safety Terrell Edmunds, the team’s former first-round draft pick out of the same college.

“Well, I actually you haven’t talked to Terrell personally in a little while,” Deablo said. “Since this combine started, I really have been focused on the people around me, that’s coaches and the players around me, and I haven’t had a chance to talk to Terrell recently. But the last time I talked to him, he just told me to keep working and keep doing my thing and that he could see me at the next level.”

Diablo, who measured in at the senior Bowl a few months ago at 6033, 226-pounds with 32 3/4-inch arms, played safety at Virginia Tech. However, he admitted Friday during his media sessions that several NFL teams could see him as a linebacker/hybrid-type player at the next level and in some schemes.

“The majority of the teams that I talk to see me in that role,” Diablo said about being considered a possible hybrid player at the NFL level. “Some of them still see me as strong safety, but a lot of them see me as a will linebacker, or inside linebacker and I’m up for the challenge. Whatever the team needs me to do, I’ll do it.”

A team captain in 2020, Deablo was a first-team All-ACC selection and he posted 55 total tackles this past season despite missing two games early in the season. He had two tackles for loss and defended eight passes during the season and also forced a fumble. Deablo, who tied for the ACC lead with four interceptions on the season, was the only conference player to do so in nine or fewer games played.

The fact that the Steelers had Austin on hand Friday for the Virginia Tech pro day is surely notable and especially with two defensive backs on display in Diablo and Farley, who was not able to participate due to a medical issue. Diablo, by the way, had an impressive pro day on Friday as you can see by the numbers posted below.