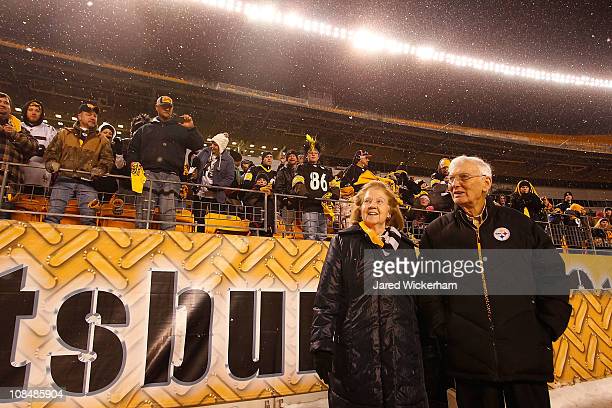 In a time with plenty of negativity in the world, former Pittsburgh Steelers’ linemen Trai Essex shared a heartwarming story Sunday evening. He tweeted a photo of a letter he received from Dan Rooney in 2006 on the heels of the team’s Super Bowl XL win over the Seattle Seahawks. It looks like it was sent out to each player but the nature of the letter was clearly personal.

Scavenging thru some stuff in storage and came across this gem from Old Man Rooney, RIP. This was after my rookie year and it really hit home how extremely lucky I was to be apart of this family. That last paragraph was what makes this franchise different. #SteelerNation pic.twitter.com/P1sfH2i8ut

If you can’t see the tweet, the letter reads:

“Congrats – are the the champions. World Champions. We had to win every game – eight in a row – and you did! We are all proud of you – the best of the best.

2005 was outstanding, now we look to 2006. It will be tough, it will be fun as everyone will be trying to knock us off – that wil be the challenge as we play Baltimore, Cleveland, Cincinnati, Denver, Kansas City, Miami, New Orleans and Tampa Bay at home. On the road we play Oakland, San Diego, Jacksonville, Atlanta, Carolina along with Baltimore, Cleveland, and Cincinnati.

The NFLPA and the League are working to extend the Collective Bargaining Agreement – there are some problems. I believe it will get done it is not automatic. You should be aware of what is happening.

Enclosed is a letter to the editor from the Pittsburgh Post Gazette which you may find interesting describing the kind of individuals you are.

Things will be good in 2006. If you have questions, give me a call. If you are in Pittsburgh, come up to the office, you know you are welcome.

All the best to you and your family.

Quintessential Mr. Rooney. It’s what makes the Steelers one of the classiest organizations in not just football but all of sports. That family owned touch that exists in very few franchises in the NFL – the Giants and the Mara’s, the Cardinals and the Bidwell’s, the Halas/McCaskey’s and the Bears, and Rooney’s Steelers. Long-storied franchises in football history run by the same surnames after all this time. That’s how Art Rooney ran the team and Dan followed suit.

The letter also pointed to one of Rooney’s rarest traits for an owner. Transparency and compromise in labor negotiations . Rooney was well-known for helping to bridge the gap during CBA conflict and was about as pro-player of an owner as any in the NFL. In just a couple of sentences, Rooney was honest about the situation and made it clear his door was open to any player who had questions or concerns.

Unfortunately for the Steelers, that ensuing 2006 season was a bumpy one. Roethlisberger missed the season opener after his motorcycle crash and by mid-season, the team sat at a Super Bowl hangover 2-6 record. They finished strong, winning four of their last five, but ended the year 8-8 and third in the AFC North behind the Baltimore Ravens and Cincinnati Bengals. Head coach Bill Cowher retired after the season.

That negativity aside, this is a great keepsake from Essex and I’m thrilled he shared it with the rest of Steelers’ Nation.