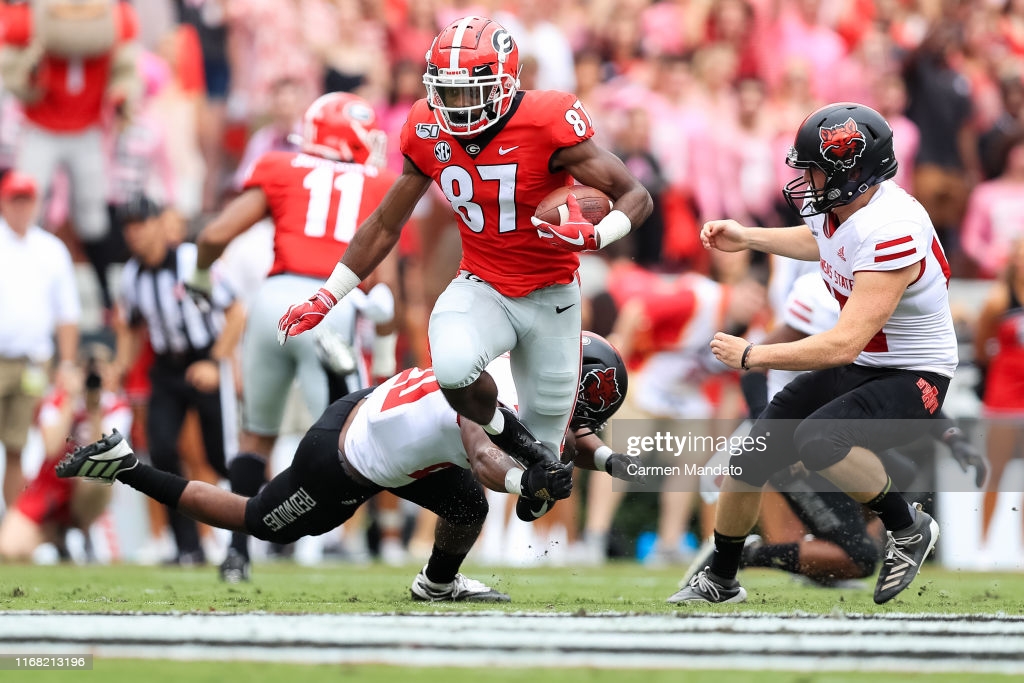 Kevin Colbert wasn’t just scouting prospects at Georgia’s Pro Day earlier this week. He was also checking out current NFL players. And wide receiver Tyler Simmons apparently impressed the team so much, Colbert and the Steelers are signing him. That’s what Simmons’ agent Brian McLaughlin tweeted out a short time ago.

Cool story. My guy @TySimmons_3 worked out at Georgia Pro Day this week. He texted me someone from the Steelers was showing interest. Ty calls me and it's Steeler GM Kevin Colbert on the line saying he wants to offer him on the spot. Always compete, you never know who's watching.

Simmons went undrafted out of Georgia in the 2020 draft and signed with the Houston Texans as a UDFA. A lightly-used player with the Bulldogs, Simmons caught 35 career passes for 438 yards and three touchdowns in college. He also returned nine punts for an average of 15.9 yards his senior season. Here’s a couple clips on him right after the Texans’ signed him.

I wanted to do a small Tyler Simmons thread because I believe he has a place on this team in the future.

In this first play you see his:
-Top end speed and acceleration
-Ability with the football in his hands
-Very agile for a guy his size.

He fits everything BOB wants in a WR. pic.twitter.com/0EnTvkzqyE

Here’s another cut-up of Simmons at Georgia.

The Texans carried him through the summer before releasing him at final cutdowns. They kept him on the practice squad for two weeks in September before cutting him for good.

Because of the COVID pandemic, Simmons never got the opportunity to have a Pro Day during his draft-eligible season last year. He’s regarded as a good athlete who was expected to run in the low 4.4’s had he been able to test. His Georgia bio listed him at 6’0, 201 pounds.

But Georgia invited Simmons back for this year’s Pro Day to give him a chance to show off in front of scouts. It’s unclear how Simmons tested but obviously, he did well enough there and in position drills to convince the Steelers to sign him. He’s likely to come on via a futures contract or a minimum-level deal.