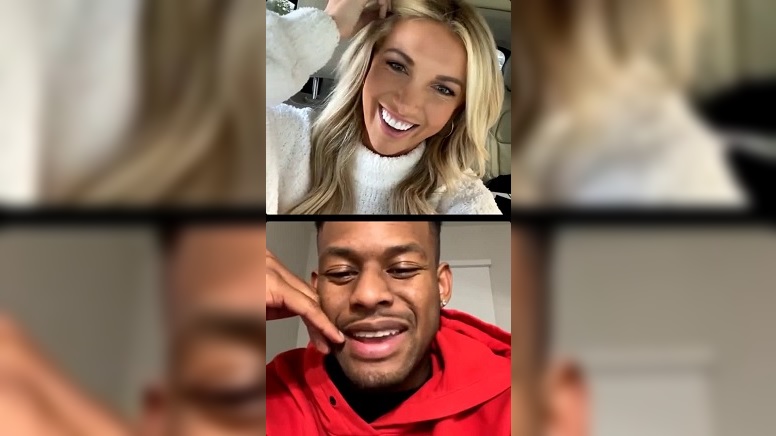 It’s been a long last several days for Pittsburgh Steelers wide receiver JuJu Smith-Schuster and on Friday his first taste of unrestricted free agency came to an end with him agreeing to an $8 million contract that includes four voidable years. He talked Friday night with Taylor Biscotti of the NFL Network what his free agency experience has been like the last few days.

“Honestly, I would probably say like the first couple of days has been like very slow,” Smith-Schuster said. “And then like I’d say the past 24 hours, it’s probably been like the most craziest time of my life as far as like being in the NFL and like dealing with free agency. I think it’s insane crazy.”

Smith-Schuster said he started to get a lot of attention from a few other teams once things picked up for him and that the Baltimore Ravens and Kansas City Chiefs were both really interested in signing him.

“More so Baltimore pushing hard and then, like, probably like last six hours of free agency, Kansas City was coming in strong,” Smith-Schuster said.

Smith-Schuster was also asked about the reports earlier in the week that indicated he was telling his Steelers teammates that he might not be re-signing back with the Steelers and if there was one moment where he thought coming back to Pittsburgh would become a real possibility.

“I think coming back to Pittsburgh was a possibility after talking to the OC, talking to our receiver coach and pretty much like my teammates,” Smith-Schuster said. “What they [the Steelers] had on the table was probably like my third lowest offer. But looking long-term and where I see myself and obviously with Ben coming back, I think that’s really cool. So, having the opportunity to play with him for one more year and knowing that I can play with my boys, it’s going to be a great year.”

The free agent market this year for wide receivers obviously hasn’t been great and it resulted in Smith-Schuster settling for what is essentially a one-year, $8 million deal for 2021. He was asked Friday night if the market for wide receivers stronger and thus longer deals had been consummated if he thinks he would have still ended up signing back with the Steelers.

“If the cap was there, definitely,” Smith-Schuster said. “I see myself being with Pittsburgh for a very long time. So, hopefully next year. We have one more year,12 months to go to work and do what we can do and then become a free agent again. So, if that’s possible to stay in Pittsburgh for another four more years, why not?”

We’ll find out about what will happen with Smith-Schuster beyond the 2021 season after it is over with. For now, however, he’s back in Pittsburgh for at least one more season and you can tell he’s very happy about that.

JuJu "I see myself being with Pittsburgh for a very long time." #Steelers pic.twitter.com/ldJaIyzZId