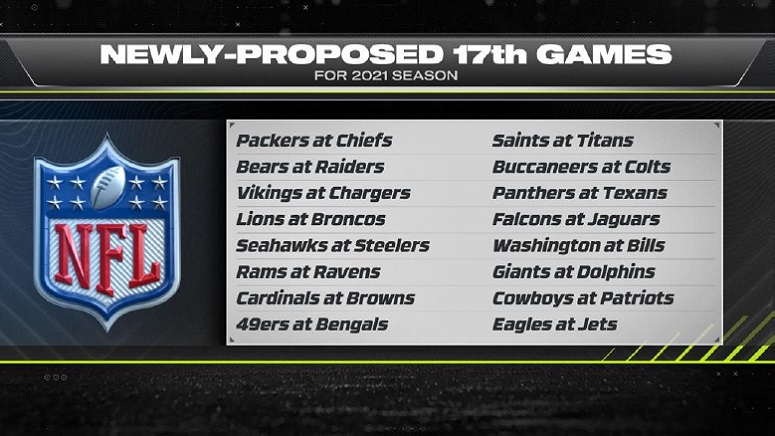 As has been expected to be the case, the NFL is expected to expand the 2021 regular season schedule this week to 17 games, according to Adam Schefter of ESPN on Sunday. This expansion to 17 games should also result in the Pittsburgh Steelers hosting the Seattle Seahawks in 2021 at Heinz Field as part of the new rotating schedule for the extra game. The NFL has played a 16-game regular season schedule since 1978, by far the longest stretch without a change in NFL history.

Steelers team president Art Rooney II let it be known this past week that a 17-game schedule was virtually guaranteed when he talked to fans via a question-and-answer call. He indicated that there will be one less preseason game in 2021 as well.

“The 17-game schedule I think will work out well,” Rooney said. “Obviously, this year will be the first year for it. So, we’ll get a chance to see how it goes. I think we’ll reduce the preseason by one game. So, it will be a similar kind of schedule just in terms of the calendar. But we’ll just turn one of the preseason games into a regular season game, which I think all of us would appreciate that. So, I feel good about it. I hope it works and look forward to seeing how it does in 2021.”

The Seahawks and Steelers have met each other 19 times in total (including 1 postseason game), with Seattle winning 10 games and Pittsburgh winning 9 games. The Steelers won the lone playoff matchup between the two teams and that was Super Bowl XL. The last time the Steelers played the Seahawks in Pittsburgh was in 2019. The Seahawks won that contest 28-26.