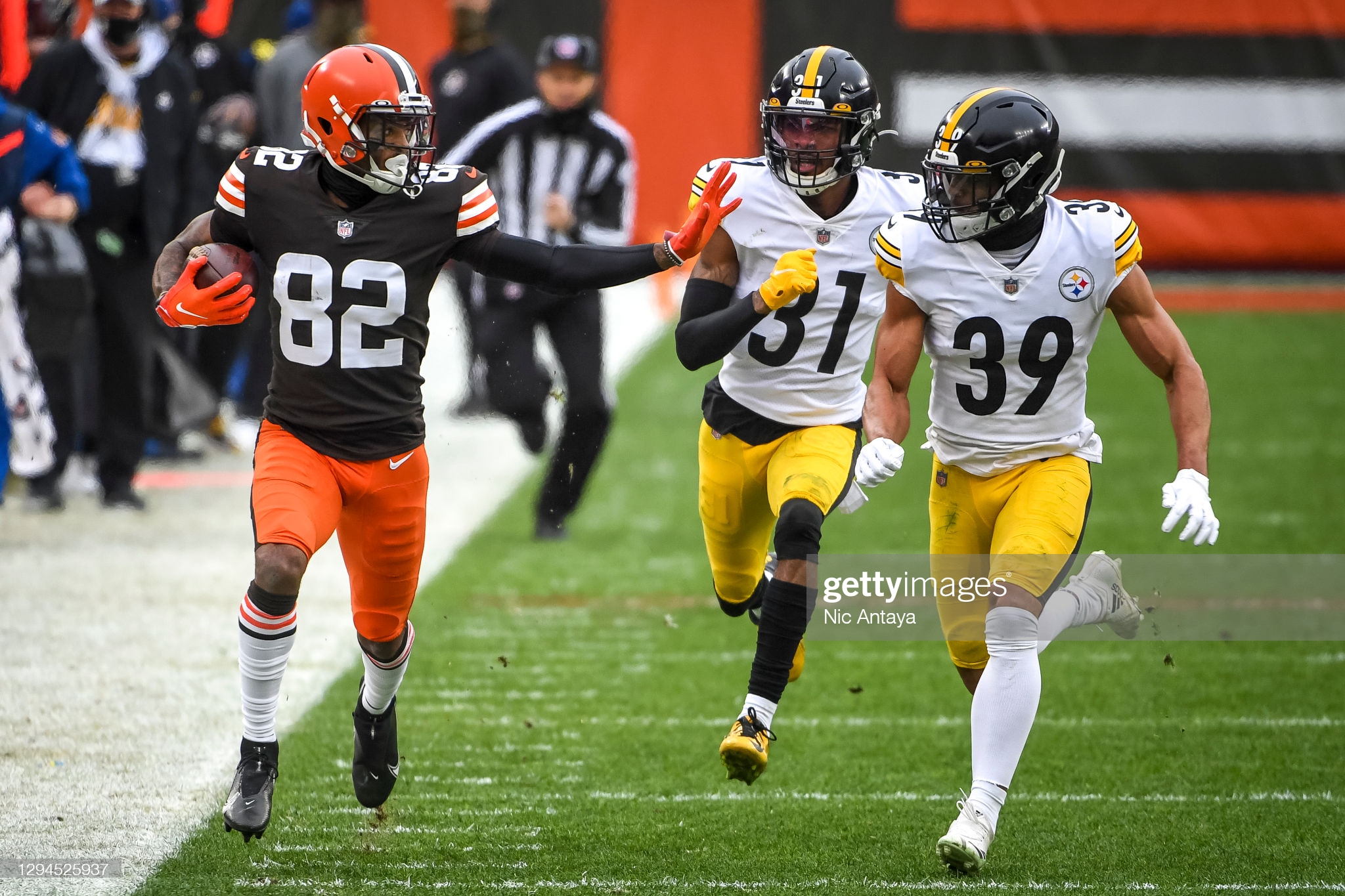 The Cleveland Browns have a lot of great pieces on their roster, especially in the trenches on both sides of the ball, and in the backfield. They still need a few pieces to round out their defense, but they’ve gotten a lot of answers to a lot of questions they have been asking for a number of years.

They even went to the playoffs last season while missing ostensibly their best wide receiver for much of the year in Odell Beckham, Jr. Many have made the argument that they are actually a better team without him, but they continue to disagree with that. And there’s no harm in giving Baker Mayfield more weapons.

One player they would like to keep around, and who would like to stay around, is wide receiver Rashard Higgins, who is entering the unrestricted free agency process this month for the second time in his career. He put together his best season last year with 37 receptions on 52 targets for 599 yards and four touchdowns, bringing him close to his numbers from two years ago. He averaged 11.5 yards per target.

The problem is, as he told Cleveland.com, “I haven’t seen an offer yet”. That was, at least, as of a few days ago, but the clock is now ticking, with under two weeks before teams can openly converse with pending free agents about signing.

He went on to tell his radio hosts to “tell Andrew”, referring to second-year general manager Andrew Berry, “to send the papers and I’m signing wherever I gotta sign”.

Following a down season in his contract year in 2019, Higgins played under a one-year, veteran-minimum contract last season, but it’s unclear what Kevin Stefanski’s vision is for him in an offense that likes to run two-tight end sets and employs running back Kareem Hunt in the passing game. Cleveland does have some other wide receivers that they like.

Still, Higgins has been a fairly reliable target for Mayfield in his career when he has been on the field, and he wouldn’t cost much. He would have to be signed on something more than a veteran minimum, but it would seem like a fairly logical re-signing to me.