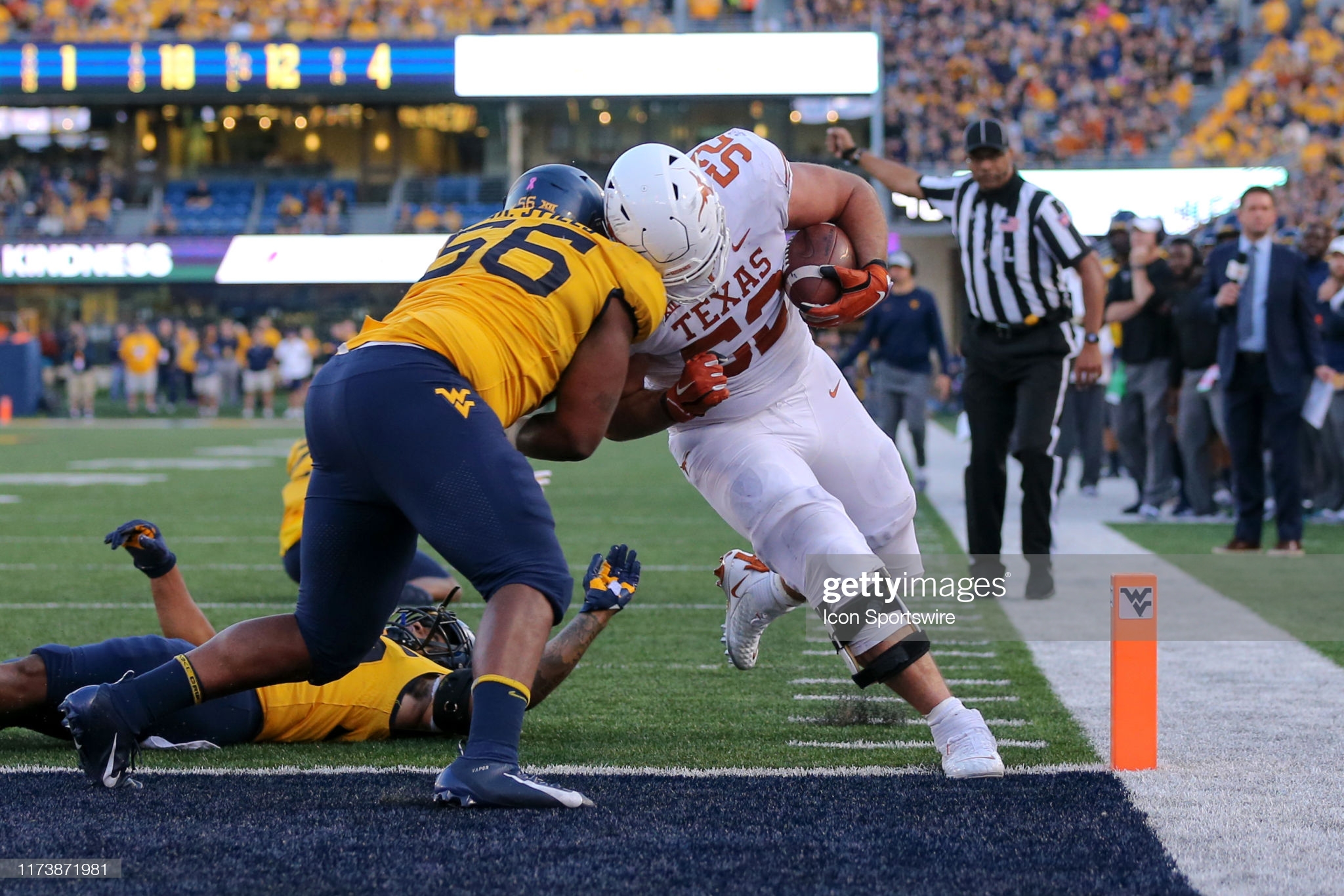 Pro Football Focus dropped its latest mock draft yesterday. And at pick #24, they have the Pittsburgh Steelers beefing up their offensive line with Texas OT Samuel Cosmi. In explaining the pick. author Brad Spielberger writes:

“With Pittsburgh potentially set to lose tackle Alejandro Villanueva to free agency, Sam Cosmi would be a nice replacement for Ben Roethlisberger’s final season, serving as a building block along the offensive line for whoever the quarterback’s successor will be.

Cosmi’s 90.7 pass-blocking grade in 2020 ranked third among all tackles in college football, and his 86.4 run-blocking grade is nothing to scoff at, either. He tested off the charts at Texas’ Pro Day and has the makings of a blue-chip talent at left tackle for years to come.”

Cosmi is one name among many in this excellent tackle class. He’ll be fighting the likes of Notre Dame’s Liam Eichenberg, Alabama’s Alex Leatherwood, and Michigan’s Jaylen Mayfield to be the top Tier 2 tackles off the board in the mid to later selections of Day One.

My scouting report of Cosmi was a little less glowing, While I noted his plays with an edge and desire to finish his blocks in the run game along with excellent grip strength in pass pro, we noted his brute strength was only average and he tended to catch too much in pass protection.

In my final assessment, I came away with mixed feelings about his game, concluding:

“I’m mixed on Cosmi. There’s some really impressive reps, some that make me think he’s a starting left tackle in football. Overall, he’s a technical player and a good athlete, an impressive combination to work with for an underclassmen tackle. But I don’t know if I’m completely sold on him for the NFL level. Cosmi could be the classic case of a really good college offensive tackle who might not have all the physical traits to have a great NFL career. The comparison who comes to mind, even before searching comparable height/weight/career arcs, is Eric Fisher.”

Pittsburgh did attend Texas’ Pro Day but did not send Mike Tomlin nor Kevin Colbert. For the past decade, there’s been a strong correlation between Steelers’ first round selections and having Tomlin and/or Colbert there to watch them workout. Maybe the pandemic changes some of that history but Cosmi doesn’t seem to be at the top of their list. It’s possible the team waits to take an offensive tackle, too, preferring to upgrade at center and running back in order to revive their horrendous 2020 run game.

In PFF’s mock, they didn’t have a single center or running back go in the top 32.