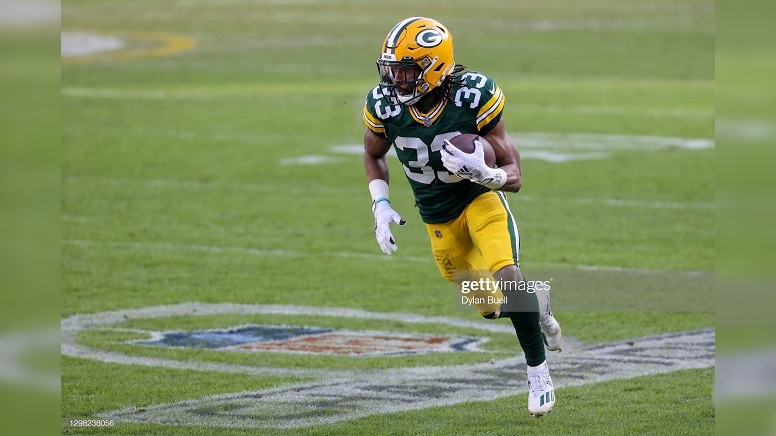 One of the first big free agent shoes have dropped. Or really, returned. Top running back Aaron Jones has signed a four-year deal to re-sign with the Green Bay Packers, according to multiple reports.

Aaron Jones has reached agreement with the Packers on a 4-year deal worth $48 million, including a $13 million signing bonus, @DrewJRosenhaus tells ESPN.

Jones himself tweeted the news of his return to Lambeau.

Let’s run it back🧀 #GoPackGo pic.twitter.com/wW20Xti3QR

This is relevant to the Steelers for a couple reasons. One, we know they’re in the market to upgrade at running back in the worst way. There was a rumor Pittsburgh had some interest in Jones. So even if that report was true, Jones is now off the board.

It also will create a domino effect on the rest of the league. The Miami Dolphins, for example, were expected to target Jones if he hit free agency. That’s no longer an option. James Conner is reportedly a backup option and may have just jumped to the top of the line for the Dolphins. It also means the Dolphins are that much more likely to consider a running back at #18. Someone like Alabama’s Najee Harris. That would give the Steelers one less option if they draft a RB early, which they are expected to do.