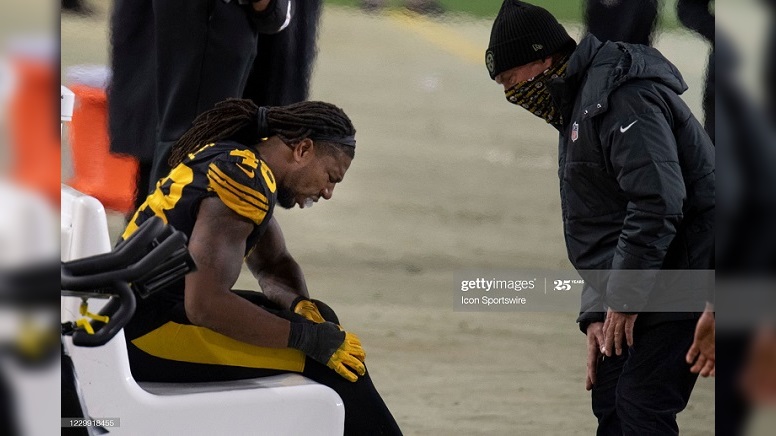 While the Pittsburgh Steelers have now lost outside linebacker Bud Dupree to the Tennessee Titans in free agency at the start of the new league year, it was good to see the former first-round draft out of Kentucky be able to cash in despite him coming off a torn ACL that he suffered in December that cut his 2020 season short by several games. On Thursday morning, Dupree was a guest on the JMart and Ramon Show on 104.5 The Zone in Nashville, TN to talk about him signing with the Titans and how he is doing since suffering the injury.

Dupree admitted Thursday that the whole process for him has been a tough one since he tore his right ACL against the Baltimore Ravens,

“Man, this process has been a humbling process, as I say,” Dupree said. “It tore me down the first two days. It tore me down because I was thinking I tore my ACL in my contract year, on a franchise tag. Will I be devalued?”

That want the only thing that was on Dupree’s mind when he suffered his injury, however, as he knew his loss would likely impact the Steelers, who at that time were a perfect 11-0 on the season.

“Of course, I was mad about that,” Dupree said about suffering his injury. “But the main thing I really was mad about is the run that we were going on and me not being able to be on the field for my teammates and you know, I was most mad about that, man. I felt like I let a couple people out to dry and I was down bad for like two days.”

While he was down about letting his teammates down in addition to suffering his injury in a contract year, Dupree credited Steelers head coach Mike Tomlin with helping him get back in the right frame of mind when it came to everything, including his future past the 2020 season.

Dupree has posted some videos of the progress he’s made in his ACL surgery rehab and by all accounts he should indeed be ready for the start of the 2021 season.

“And then also, you know, rehab is just small victories every week,” Dupree said. “Like, always seeing progression in my ACL, bending, flexing, running, jumping, you know, it’s exciting. Like every week I get to do something new and that excites me more and more. So, with his injury, you can really tell the progress quickly.”

It’s good to hear that Dupree is doing well and that he’s now a massive five-year, $85 million dollar deal with the Titans that reportedly includes $35 million in guaranteed money. Assuming things go well, the Steelers we’ll get to see Dupree during the 2021 season as they are scheduled to play the Titans once again.