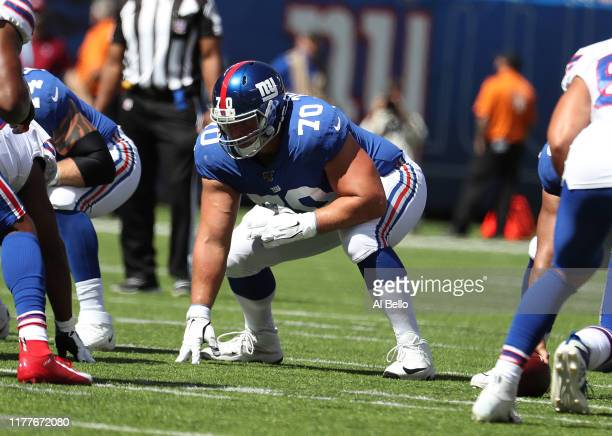 It remains to be seen when (or if?) the Baltimore Ravens ultimately move right tackle Orlando Brown, who has made it very clear that he intends one way or another to be a starting left tackle. That is a seeming impossibility in Baltimore after the team just committed nearly $100 million over five years to an All-Pro at the position in Ronnie Stanley.

But while they face the prospect of losing another Pro Bowl lineman in Brown, if not this year, then certainly next year in free agency, they were able to secure one spot on the line that had been unstable for the past year following the retirement of Marshal Yanda

The Ravens ended up starting three different players at right guard at various times over the course of the 2020 season, none of whom actually grabbed hold of the job, though then-rookie Tyre Phillips came the closest to it.

But now he will have to take a back seat to Kevin Zeitler, whom Baltimore signed as a street free agent. Originally drafted by the Cincinnati Bengals in 2012 in the same first round as the Pittsburgh Steelers drafted David DeCastro, Zeitler has also carved out a long year for himself, though with many more stops along the way.

In fact, he is now on his third team in the AFC North, after having previously signed his second contract with the Cleveland Browns. They then proceeded to trade him to the New York Giants, where he started for the past two seasons before he was made a salary cap casualty earlier this year.

The Ravens are banking on him still having a little more than something left in the tank at the age of 31, giving him a three-year deal worth $22.5 million, of which a full $16 million is reportedly guaranteed—the sort of contract the Steelers would never give out under similar circumstances.

Improving the offensive line’s pass protection in particular was one of Baltimore’s top priorities this offseason, in addition to landing a veteran wide receiver, something they were also able to accomplish with the signing of Sammy Watkins on a one-year, $6 million deal.

It still remains to be seen how they address the center position, and, assuming they ultimately move Brown via trade, the right tackle position, so there can still be some movement. Patrick Mekari remains with the team, but he was benched last season. Rookie Triston Colon-Castillo fared well in his playing time at center.