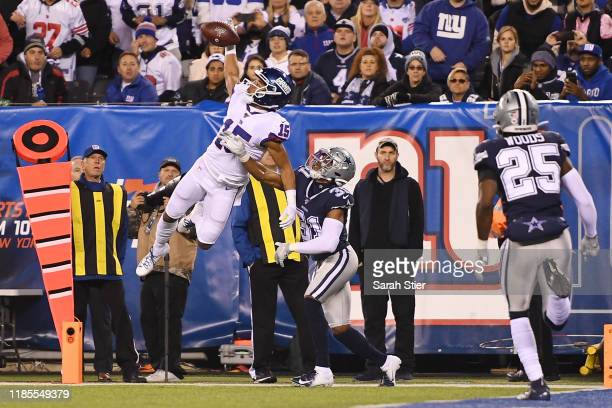 For the next two weeks, JuJu Smith-Schuster remains a Pittsburgh Steeler. But right now, the odds are higher he leaves than he stays. Should he move on to greener pastures, newly released WR Golden Tate wouldn’t be a bad option replacing him in the slot.

Wednesday evening, ESPN’s Adam Schefter reported the New York Giants were releasing the 32-year old Tate, saving over $6 million in cap space. Tate is one of many veterans expected to be cut as teams work to become cap compliant on a salary cap expected to come in around $180-$183 million.

Today isn’t the first time we’ve suggested Tate’s name. I wrote about him as a possible trade deadline acquisition, which clearly didn’t happen, back in 2018. One of the biggest reasons to believe he’s a realistic option is the fact Mike Tomlin absolutely loves him some Golden Tate.

Before their 2017 meeting against the Lions, Tomlin gushed about Tate’s game.

“I just love skill guys who play with a certain demeanor. Wideouts who play like linebacker. The first guy I used to describe in that way is Hines Ward…so that just speaks to the regard I hold for Golden Tate. He’s a physical, combative guy. He always has been. He was when he came out of Notre Dame. We tripped him prior to the draft. He’s good in the run game blocking. He’s good after the catch in terms of being a difficult guy to get on the ground in terms of contact balance and play demeanor. He’s just a very physical guy. When you look at wideouts and cornerbacks who play like that, it speaks to you, jumps out at you.”

Basically, Tomlin called him the modern day Hines Ward. And Tate’s seemed to have had some interest in wanting to play for Pittsburgh. After the Steelers ended the Antonio Brown saga by shipping him off to the Raiders, Tate possibly tweeted at the Steelers to come and sign him. Someone with an emoji degree can do a better job of decoding this message.

Losing Smith-Schuster means the Steelers are without a valuable slot option. Tate wouldn’t need to come to Pittsburgh to put up monster numbers or rip off explosive plays. He would do what Smith-Schuster did so well last season only at a much cheaper rate. Make the tough catch on third down, in the red zone, when the game is on the line. He’d bring toughness to the room Smith-Schuster showed and also would help as a run blocker. Blocking is a secondary trait but an underrated one and the Steelers don’t want to take steps backwards in revamping their 32nd ranked rushing offense.

Currently, the Steelers don’t have either of their top slot receivers, Smith-Schuster or Ray-Ray McCloud, under contract once the new league year begins. McCloud is a restricted free agent and Pittsburgh probably won’t tender him at the original round level that will cost them $2.6 million, though it’s likely he comes back on a different type of contract. Chase Claypool could shift to the slot more often if Smith-Schuster’s gone but he isn’t an ideal fit there.

Even as he’s gotten older, Tate’s remained productive and shown a nose for the end zone. He’s found the end zone eight times on just 84 receptions the past two seasons. Age is the biggest concern with him and there’s no debating he’s in the twilight of his career. But Tate’s game was never about being the biggest, strongest, or fastest so diminished physical skills aren’t going to hurt him the way it has other receivers.

And at this point in his career, he should be cheap. There are plenty of talented receivers about to hit the market and I can’t imagine the league will be buzzing to bring Tate in on a mega contract. A two-year deal worth around $6 million makes sense for both sides. In a lot of ways, signing Tate would be akin to the Steelers signing Jerricho Cotchery in 2011. And would follow Colbert’s MO of signing a vet as a stop-gap while also drafting a rookie to eventually replace him. There’s no guarantee Tate would even see Year Two of that hypothetical contract just in the ways the likes of Morgan Burnett and Jon Bostic were dumped after one season.

Because the Giants released him, he’s free to sign at any point and won’t have to wait until March 17th. However, if the Steelers do have interest, I wouldn’t expect them to sign Tate until after the new league year begins and they get a better lay of the land with their own free agents, including Smith-Schuster.