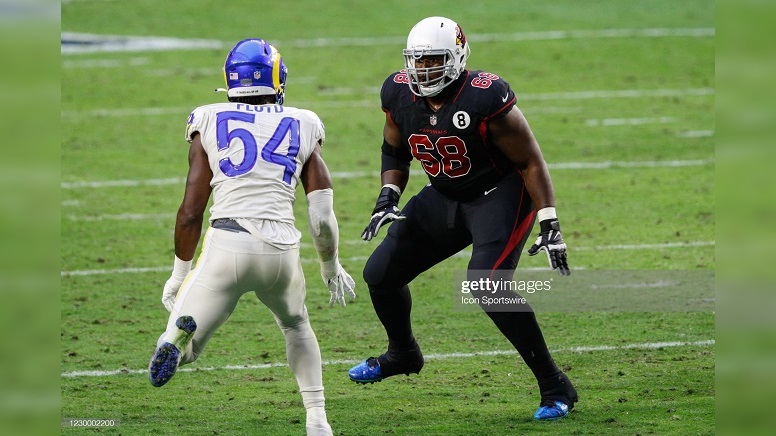 The Pittsburgh Steelers have so far lost two starters from their offensive line from the season opener a year ago, while re-signing one—the one who only started one game. While there have been reports that the team would like to re-sign Alejandro Villanueva, their left tackle, I would imagine that the smart money remains in opposition of that happening.

Nine-time Pro Bowl center Maurkice Pouncey announced his retirement last month. Prior to even the official start of free agency, veteran Matt Feiler had agreed to a three-year deal worth $21 with a pretty healthy contract structure to join the Los Angeles Chargers. He started at left guard last season, and had been the primary right tackle in the two years prior.

While Zach Banner’s re-signing and Chukwuma Okorafor, who started 16 games last year, gives them two options at right tackle, and Kevin Dotson figures to take over at left guard, there remain questions at center and left tackle—questions that could be answered internally, but not ideally.

If the Steelers were looking for an affordable option at left tackle, they just lost out on a prime opportunity that would have made a ton of sense. Kelvin Beachum, a former seventh-round pick of theirs who started 39 games while there before tearing his ACL in his contract year, was available, but just re-signed on a very manageable two-year deal to stay with the Arizona Cardinals.

5th contract. Not bad for a 7th round pick. 👀 Let’s run it back pic.twitter.com/d9FYCAIzXs

Aside from the fact that Beachum has literally been there, done that, and really did so at a more than competent level, there was also the fact that the Steelers’ new offensive line coach, Adrian Klemm (who had been the assistant at the position for the past two years) already had a relationship with Beachum going back to college.

Since leaving the Steelers, Beachum has played for three other teams, originally signing a long-term contract with the Jacksonville Jaguars that included a one-year team opt-out clause that they chose to exercise. After starting 15 of 15 games for them, he spent three years with the New York Jets, starting 45 of 45 games.

Heading into the 2020 season, at the age of 31, it wasn’t clear what would happen with Beachum, but the Cardinals gave him a deal, and he ended up winning the starting right tackle job and starting all 16 games. In fact, he has started every game he’s played in since taking over at left tackle for Mike Adams five games into the 2013 season.

He re-signed on a two-year deal worth $4 million. His 2021 cap hit is estimated to be $1.58 million based on the details reported, which, after roster displacement, would have moved the salary cap needle by less than $1 million.

It’s unclear whether or not there was ever any interest or contact between the two parties, but the Steelers have already returned one former Steelers lineman this offseason in B.J. Finney, who, if they don’t manage to land a day-one starter in the draft, will be their center when the season opens, more likely than not.