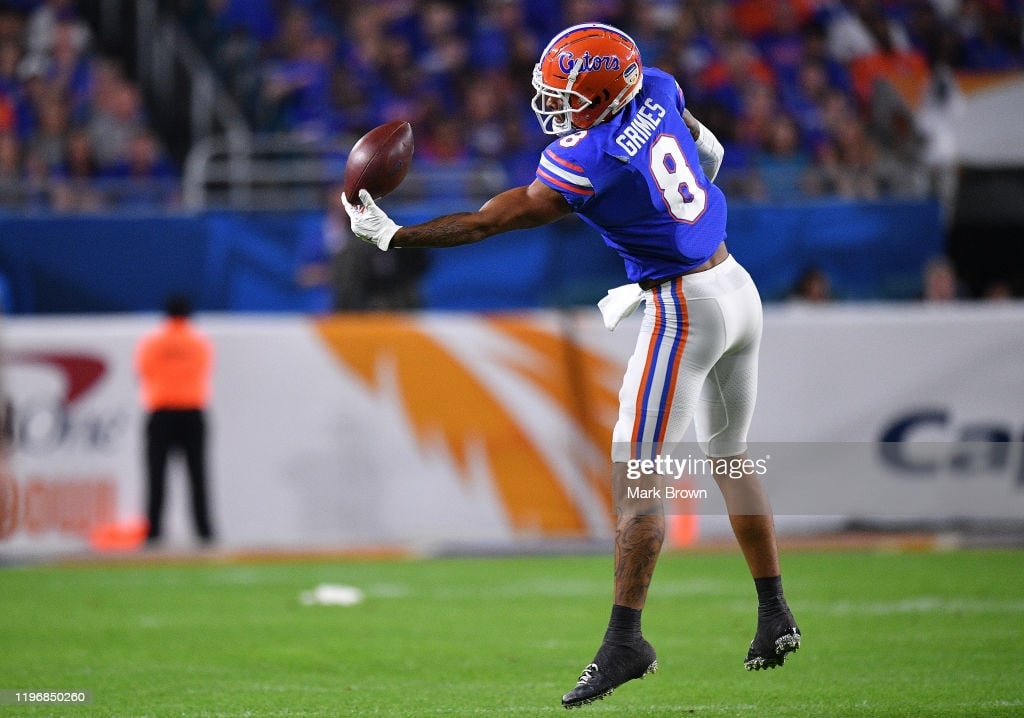 Florida WR Trevon Grimes said he’s had Zoom calls several teams, including the Pittsburgh Steelers, during the pre-draft process. During his Wednesday session with the media following his Pro Day workout, he confirmed he talked with the team. He also said he models his game after big-bodied receivers like Calvin Johnson, D.K. Metcalf, and Chase Claypool.

When asked specifically about Claypool, Grimes said he admired his fluidity in route-running despite his big frame. Grimes has a similar body type, weighing in at 6’4, 220 at Florida’s Pro Day. And like Claypool, he flashed some freaky speed.

After transferring from Ohio State, Grimes was a downfield threat with the Gators, averaging nearly 15 yards per catch over the course of his college career. In 2020, he caught 38 passes for 589 yards and a whopping nine touchdowns. But in a deep receiver class, he’s not projected to be taken until mid Day Three.

That could work well for a Steelers’ team unlikely to seriously consider a WR until the final day of the draft. Re-signing JuJu Smith-Schuster made the position less of a priority but Kevin Colbert has drafted a wideout in all but three of his drafts. Smith-Schuster is one a one-year deal while James Washington is entering the final year of his rookie contract. A guy like Grimes could replace him in 2022.

We hope to have a complete scouting report on Grimes before next month’s draft.