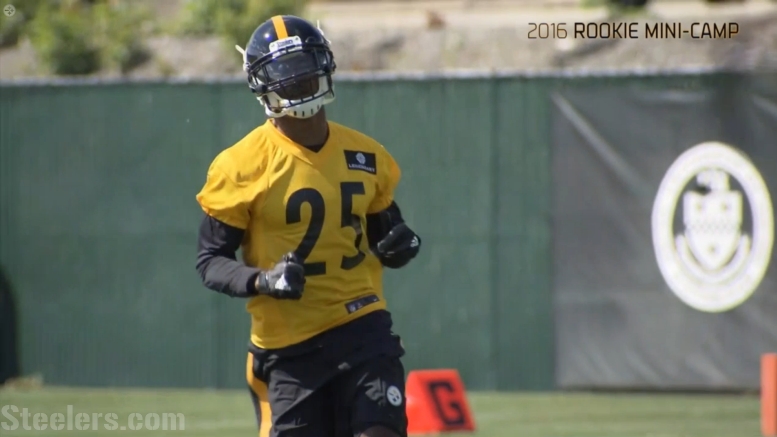 Things have not gone according to plan for former Pittsburgh Steelers cornerback Artie Burns following his rookie season. While he fared well out of the gate, gradually moving into a starting position and intercepting three passes, he was trapped in a demotion cycle by year three. They ultimately elected not to pick up his fifth-year option, and he even had to battle to keep his roster spot in his final year of his deal in 2019.

By the end of that year, he had made it pretty clear that he was hoping to get a fresh start somewhere else—aside form the fact that the Steelers would have no interest in bringing him back. He did find a buyer, signing a one-year deal with the Chicago Bears.

He was expected to compete for a starting job. He wouldn’t make it to the regular season, suffering a torn ACL and spending the year on the Reserve/Injured List. But Chicago did right by him and signed him to another one-year deal, made official yesterday, getting one more shot.

Burns is most associated with the label of ‘first-round bust’ if you mention his name in Pittsburgh, though that’s as much on the Steelers for drafting him when they did than anything else. Reportedly, they wanted to draft another cornerback, William Jackson III, but the Cincinnati Bengals selected him right ahead of them.

Despite coming into the league facing the skepticism of being a reach, as a true junior out of Miami who was not even an every-down starter in college and with clear flaws on his tape, Burns still had a successful rookie season, graduating from dime back to nickel to starter over the course of the first several weeks.

He did retain his starting position for another year, playing all 16 games as the right outside cornerback, but the flaws were becoming too much. It was accepted as growing pains, but in year three, a move had to be made. He was demoted to a rotational role by week three, and after the bye week, he was benched entirely except due to injury.

Heading into the 2019 offseason, the Steelers had given up on the idea of him finding his form and becoming a full-time starter, going out and signing Steven Nelson, who had been the right outside cornerback for the past two years, though they recently released him as a salary cap casualty.

He had to fight, as mentioned, just to make the roster, and he did that. When Nelson missed a game, they even gave him the opportunity to start, over Cameron Sutton, in a win over the Chargers that accounted for 62 of his 66 defensive snaps on the season.

But he spent the final six games of the season as a healthy scratch, with the rookie Justin Layne proving to be more useful on special teams. This was the final straw showing that the working relationship between Burns and the Steelers had come to an end.