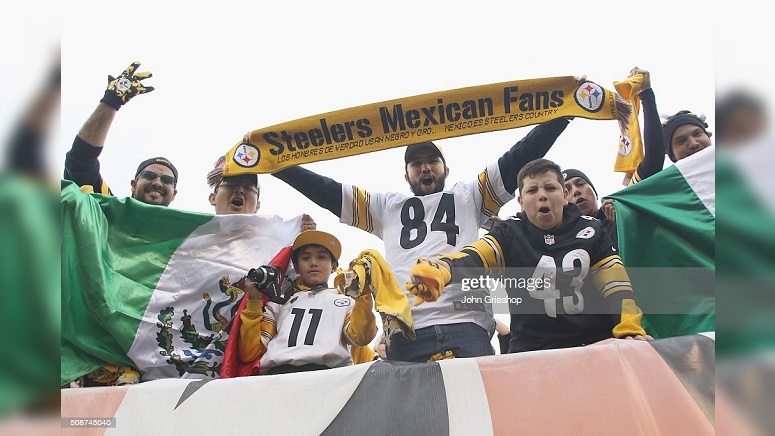 In addition to the NFL owners formally approving the new 17-game regular-season schedule format on Tuesday at the virtual owners’ meetings, it was also approved that every team will now be required to play an international game once every eight years.

“This is a monumental moment in NFL history,” NFL commissioner Roger Goodell said in a released statement. “The CBA with the players and the recently completed media agreements provide the foundation for us to enhance the quality of the NFL experience for our fans. And one of the benefits of each team playing 17 regular-season games is the ability for us to continue to grow our game around the world.”

In the heels of that international play news, Bob Labriola of steelers.com talked with Pittsburgh Steelers president Art Rooney II about that new mandated stipulation and asked him to comment on it in addition to getting his thoughts on the league adding Germany and South America as places that could possibly host NFL games in the future.

“We’re fortunate to have fans in other countries around the world, and so at some point we’d like to have a Steelers game played in Mexico and potentially in other countries,” Rooney told Labriola. “You always have to balance that with we’re not that anxious to move home games. Under the current proposal we would only have to move one game every eight years, something like that. It’s not going to be that burdensome on us, but I do think it’s something where we do want to grow the game internationally and play games in front of our fans in Mexico and other countries.

“We’re lucky enough to have Steelers fans in a lot of different places, and we’d like to play in front of them sometimes.”

As most are already aware, the Steelers have a huge global fan base and especially in Mexico. It’s been talked about for some time that the Steelers will return to Mexico to play a game and Rooney has let the NFL know that the organization would be up for it. Many believed such a game in Mexico was going to take place by now, but sadly it hasn’t.

The last time the Steelers played in Mexico was a preseason game against the Indianapolis Colts in 2000. The Steelers lost that exhibition game 24-23 in front of an incredibly pro-Pittsburgh crowd of 87,145 in Mexico’s Azteca Stadium.

The last time the Steelers played an international game was in Week 4 of the 2013 season against the Minnesota Vikings in London. The Vikings won that game 34-27.