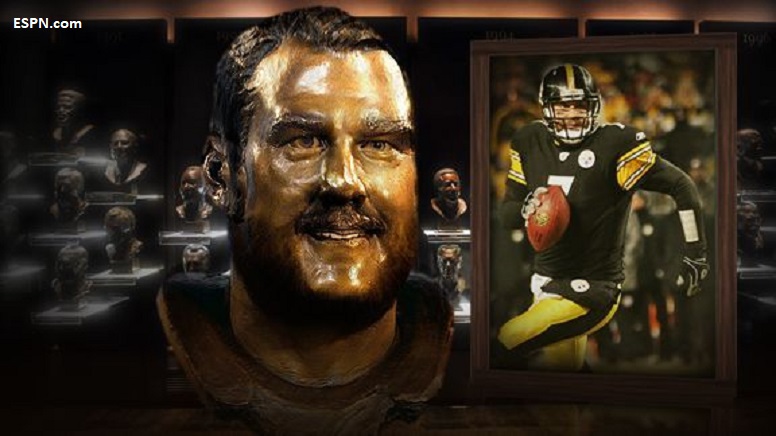 Saturday night we learned that two former members of the Pittsburgh Steelers organization, guard Alan Faneca and scout Bill Nunn, were voted into the Pro Football Hall of Fame as members of the 2021 class. With that news now means that barring the pandemic, a large induction weekend in August in Canton, Oh will take place that will include not only Faneca and Nunn, but other former Steelers organization members in head coach Bill Cowher and safeties Donnie Shell and Troy Polamalu. If you’re a Steelers fans and you have the means to do so, you should be present for that large August Pro Football Hall of Fame induction weekend that will included the Steelers playing the Dallas Cowboys in the annual game to get the 2021 preseason started.

Another reason why any Steelers fan reading this post might want to seriously consider getting to Canton, OH this summer to see this year’s inductions is because it could be a while before a former member of the Steelers organization is voted into the Pro Football Hall of Fame. Quite honestly, that next former member of the Steelers might just be current quarterback Ben Roethlisberger, who seems to be at least a full year away from retiring. Assuming Roethlisberger does play just one more season and then retires, he wouldn’t be eligible for the Hall of Fame until 2027 at the earliest.

With apologies to all the big Hines Ward fans reading this post, it’s really hard to imagine him getting voted into the Pro Football Hall of Fame anytime soon and especially not before Roethlisberger gets in. The logjam at the wide receiver position will get even bigger in 2022 as Steve Smith, Andre Johnson, and Anquan Boldin will all be eligible. On top of those three former NFL wide receivers, there will be strong arguments for both Torry Holt and Reggie Wayne to both get in before Ward ever does, if he ever does.

While former Steelers outside linebacker James Harrison will be eligible for the Hall of Fame in a few more years, it’s extremely hard to imagine him ever getting enshrined in Canton. The same goes for tight end Heath Miller, who became eligible for Canton this past year.

What about a few senior committee candidates such as former Steelers defensive end L.C. Greenwood and linebacker Andy Russell? As seemingly worthy as those two former players are, it’s hard to imagine either getting elected in the next six years. Heck, see how long it took for Shell to get in with the strong interception numbers that he had?

Heck, we might stand a better chance at seeing someone like former Steelers wide receiver Antonio Brown getting inducted into the Pro football Hall of Fame before any former Steelers player not named Ben Roethlisberger mentioned previously in this post. Brown, however, like Roethlisberger, has yet to retire. He’s even playing in Super Bowl LV for the Tampa Bay Buccaneers later on this Sunday and thus could have his first championship come midnight.

I know a lot of you reading this post will disagree with my prognostications and that’s fine. Like it or not, however, if you can’t make it to Canton later this summer, plan on the next Hall of Fame induction ceremony that includes a former member of the Steelers to be whenever Roethlisberger gets voted in. After that happens, we could be waiting a long, long time before another former Steelers player or member of the organization gets inducted into the Pro Football Hall of Fame.