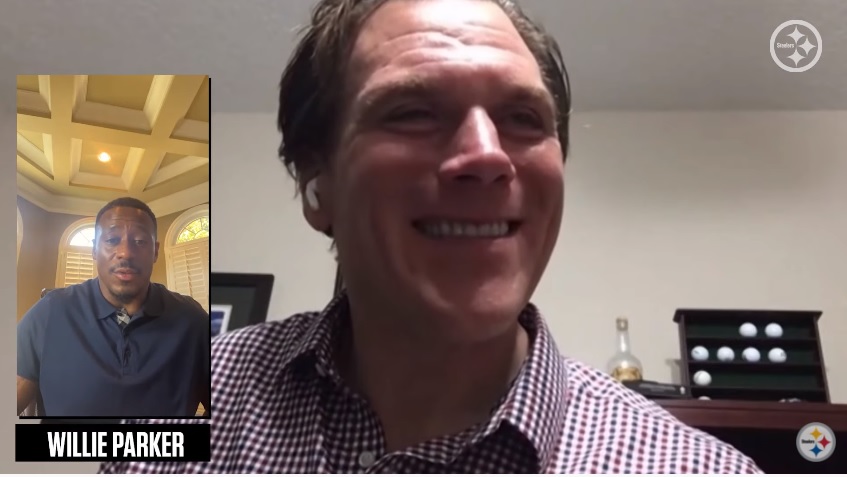 Two more Pittsburgh Steelers are headed to Canton after yesterday’s news that Alan Faneca and Bill Nunn were part of the 2021 class. After the class was announced, Faneca spoke with Steelers.com’s Missi Matthews. And Faneca found out there were plenty of former teammates ready to congratulate him. Faneca’s wife Julie played a compilation of well wishes from former Steelers’ teammates including Marvel Smith, Jeff Hartings, Joey Porter, and Ben Roethlisberger.

Check out the clip from the Steelers.com interview below.

“It’s awesome to see. buddy. So happy for you, Julie, and the family. You deserve it, buddy. Thanks for all you taught me,” Brett Keisel said.

“Took them long enough but hell, you’re in it now,” Hines Ward joked.

“What an overdue and tremendous honor,” said Max Starks, who played next to Faneca early in his career.

“When you came to Pittsburgh, I knew you were going to be good. You came right in, we didn’t miss a beat,” said fellow Hall of Famer Dermontti Dawson.

“So well deserved and so long overdue,” added Ben Roethlisberger. “Knew from the first time I stepped on a field with you how special of a player and leader you were. Hall of Famer from the get-go. I’m honored to have been your quarterback for part of your Hall of Fame career and to call you a friend.”

Fighting back tears, Faneca credited all the guys he played with throughout his career.

Faneca’s right no one gets to Canton alone. There’s friends, family, teammates, and coaches along the journey. But no one gets in without playing at an elite level like Faneca did. One of the best guards of his era and now, forever etched in football history.