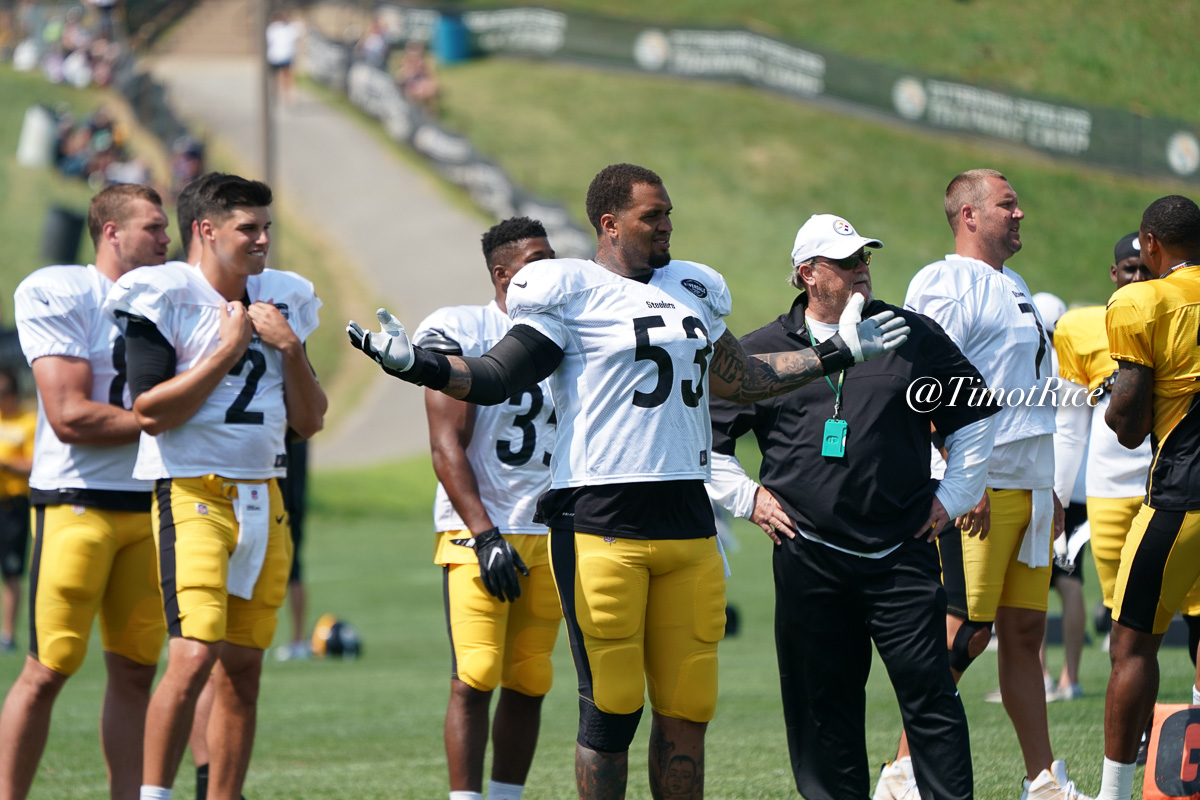 Those are the Pittsburgh Steeler centers who will go down in history.

Pouncey carried the torch as being the next great Steelers’ center. He carried all the characteristics of the others. Tough. Physical. A leader in that locker room. The only thing missing was a Super Bowl ring.

I tweeted about this yesterday but my first memory of realizing the Steelers got a special player when they drafted Pouncey came during his first minicamp. Someone asked him how tough the jump from college to the pros was, how hard it was to pick up the playbook and adjust to the speed of the game.

Pouncey’s answer? It wasn’t that difficult. He was picking things up pretty quickly. He said it with a half-smile, not in an arrogant way but a confident “I got this” manner.

And he had it from his first game. 16 game starter and Pro Bowler his rookie year, the first of nine selections in his eleven year career. For the nine seasons that weren’t cut short by injury, he made the Pro Bowl every single time. Nine non-injury seasons. Nine Pro Bowls. Incredible.

Just like Alan Faneca, Pouncey was a remarkable athlete for his size. He was one of just a few centers who could pull into space, even doing so on pass plays early in his career. A center who moved like a running back, he flowed to linebackers with ease before driving them into the ground.

He was fiercely competitive and even more loyal. One of the faces at the height of the Steelers/Ravens rivalry, he had great duels with Haloti Ngata. Both of those guys won (and lost) their fair share of battles. They exemplified what that era embodied.

It’s likely no teammate took the news as hard as Ben Roethlisberger. Pouncey and Roethlisberger were close friends on and off the field. On it, if anyone got near #7, #53 was jumping in. I love this clip of Pouncey in 2016, turning from light jog to full sprint after seeing three Bengals fall on top of a diving Roethlisberger.

A small thing to nerd out about, I know, but you could tell how close Roethlisberger and Pouncey were even by just watching them on the field. Pouncey was *always* first guy to help Roethlisberger up or defend him. Goes sprinting after him in 2016 against the Bengals. #Steelers pic.twitter.com/aCuXUIy2jx

Then there were the more memorable examples. Like his defense of Roethlisberger after a vicious blow against Carolina. Pouncey screamed after Eric Reid and would’ve fought the entire Panthers’ defense to get him.

So glad Maurkice Pouncey was on the Steelers side. Always stood up for his teammates. #Steelers pic.twitter.com/V97di458jA

Some of my favorite memories between Pouncey and Roethlisberger were the small ones. The “gotta go, Pounce” you could hear Roethlisberger call out as the playclock ticked down. At training camp, their daily “Field Goal Crossbar” challenge before the first horn, seeing who could throw and hit the crossbar from the furthest distance. Roethlisberger usually won but Pouncey always held his own.

Maybe Pouncey retiring is the best thing for the Steelers. He clearly believed it was the best move for himself. And I know the Steelers chances of winning a Super Bowl in 2021 aren’t great. But part of me wishes he could’ve given it one more go. One last ride, with Roethlisberger, to try and capture a ring. It’s the only thing missing from a Hall of Fame career.

It’d be cliché to write  “we won’t see another center like Pouncey in Pittsburgh again.” But your grandpa said the same about Mansfield, your dad about Webster, your older brother about Dawson. I hope we see the next Maurkice Pouncey. Football needs those dudes. Guys who are just gamers. They’re tough, they’re leaders, loyal to a fault. Live, I never got to watch Mansfield or Webster. My memories of them are through lore and NFL Films footage. But I got to watch every snap of Maurkice Pouncey’s career. And I can tell my future kids how good that guy was.