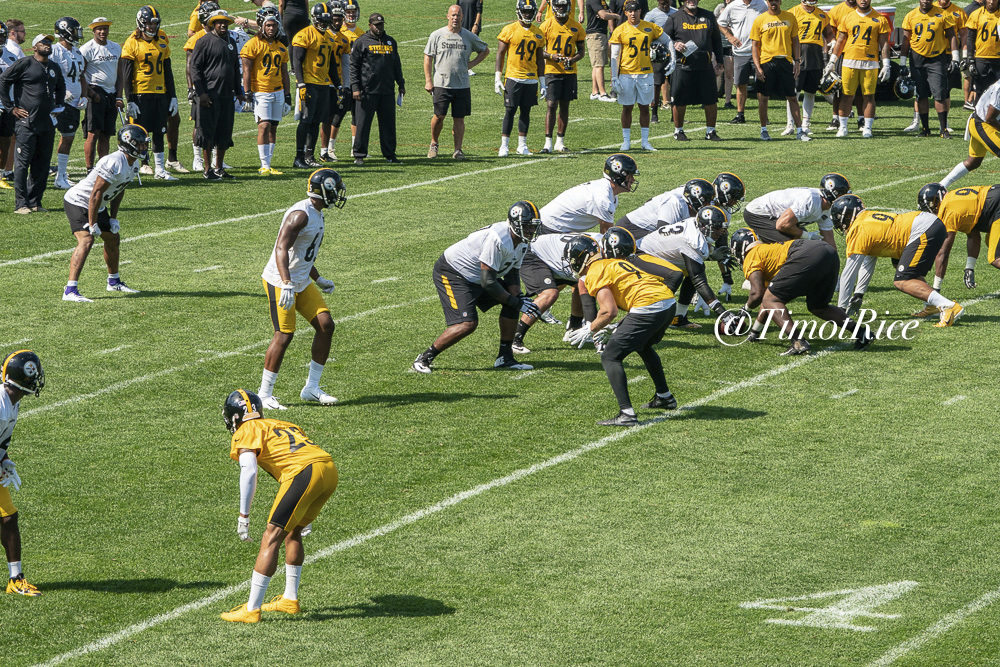 Though there’s no definitive answer and probably one be one for several months, Pittsburgh Steelers’ President Art Rooney II is hopeful the team will return to Latrobe for this summer’s training camp. In an article on Steelers.com, Rooney broached several issues including the team’s training camp travel plans.

“As we sit here today, our plan is to have training camp in Latrobe,” Rooney said in Bob Labriola’s article. “We still have a ways to go to get there, but I think there’s a pretty good chance that’s going to be able to happen.”

That optimism is welcome news to fans and quite frankly, for us as a website. Holding training camp at Chuck Noll Field in Latrobe is one of the highlights of the entire year. Pittsburgh has become almost a unicorn in practicing away from their team facility. At no cost to the fans – parking and admission to camp is entirely free. It’s a rare moment to interact with players, get autographs, and for us, provide detailed analysis on what’s happening every single day.

For the first time in over 50 years, the Steelers couldn’t attend Latrobe last season due to the pandemic, instead practicing at Heinz Field. Getting back to St. Vincent College would also be a major boost for local businesses who lost that revenue are have been damaged by the pandemic in general. Some businesses in the area have already shut down.

As Rooney says, there’s no guarantee things will revert back to normal this summer. But more people are getting vaccinated and COVID cases are dropping nation-wide. Of course, even if the Steelers return to Latrobe, it’s doubtful there will be a “normal” camp experience. There’s no guarantee fans will even be allowed to attend and the idea throngs of people will be allowed to line up along the fence line to get autographs is probably a pipe dream. But this is optimism from a key decision-maker Hopefully we’ll know our answer by June.

Rooney also believes there can be some sort of offseason program. Last year, rookie minicamps, OTAs, and mandatory minicamps were all wiped out by the pandemic.

The odds of spring workouts happening aren’t as high as a return to Latrobe. And the union is arguing for its permanent elimination, citing how well rookies responded in 2020 despite not having those events. From a player-first standpoint, the counterpoint to that idea is the loss of opportunity for tryout players to make a team. Without rookie minicamps, there were no tryout players invited to make a roster. Over the years, Steelers like LB Terence Garvin and QB Devlin Hodges have climbed the ladder from tryout to playing on Sundays. That argument, however, seems to fall on deaf ears.

But Rooney also suggested holding workouts later in the year. Perhaps that could come sometime in late May or June. Those are issues that will have to be bargained by the owners and the union.