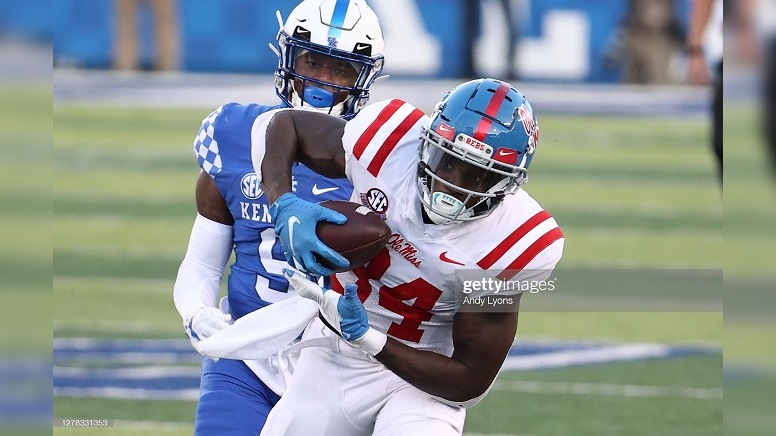 There’s a fairly good chance that the Pittsburgh Steelers will select a tight end in the 2021 NFL Draft with Vance McDonald now retired and Eric Ebron about to enter the final year of his current contract. Because of that, it will be important to pay close attention to this year’s draftable tight end group. It seems the Steelers are doing the same and we can now link them to one particular tight end that participated in this year’s Senior Bowl, according to a Wednesday report by Justin Melo of Broadway Sports on Twitter.

You don't always see HC's and GM's sit in on prospect meetings at the Senior Bowl. But #Giants HC Joe Judge & #Steelers GM Kevin Colbert made sure to include themselves in their team's meeting with #OleMiss TE Kenny Yeboah.

According to Melo Steelers general manager Kevin Colbert made sure to include himself in the team’s Senior Bowl with Mississippi tight end Kenny Yeboah. Melo, a veteran of covering Senior Bowls, also added that you don’t always see team’s general managers sitting in on prospect meetings at the annual collage All-Star game in Mobile, AL.

Yeboah measured in at the senior Bowl at 6037, 247-pounds and with an 80 3/4-inch wingspan, 33 1/4-inch arms and 9 3/8-inch hands. As far as the Senior Bowl game, Yeboah caught two passes for 27 yards and a touchdown and by many accounts, he had a good week of practice leading up to the contest.

Below is what Pro Football Focus had to say about Yeboah in the early release of their 2021 NFL Draft guide. They have him listed as a seventh-round prospect who could go undrafted.

Yeboah spent four years at Temple as a placeholder in their offense before transferring to Ole Miss. In Oxford, Yeboah’s athleticism flourished as a big-play threat. He’s got good speed for a college tight end but will be one of dozens once he gets to the league. He doesn’t show too many other ways to win on tape. At his size, he’ll be firmly viewed as a tweener by the NFL, and I’m not sure he’s athletic enough to justify it.

You can count on us having a draft profile on Yeboah in the coming weeks.

.@RazorbackFB QB Feleipe Franks finds @Kenny_Yeboah84 who comes down with the TD!

#OleMiss TE Kenny Yeboah was one of the best big-play TEs in the nation this year — but don't forget he can block too! He is #TempleMade and #TempleTUFF, by the way!

Yeboah reminded me some of David Njoku. Long, linear athlete with willingness to block and YAC ability at TE pic.twitter.com/DH4x4JB0Nw