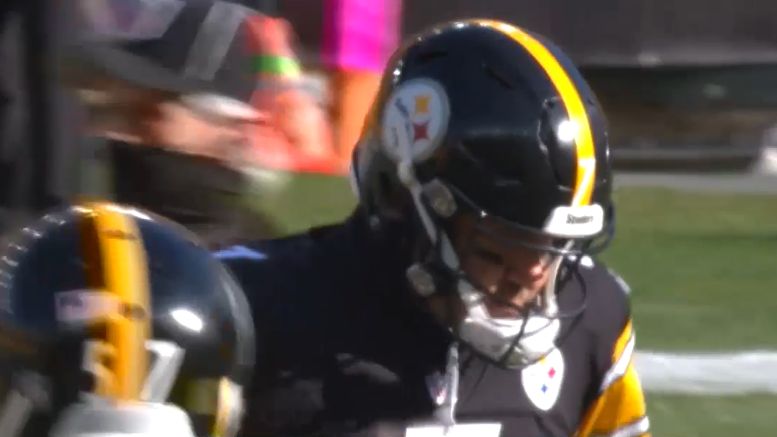 There are probably only a handful of teams in the NFL at any given time who could, or should, be able to truly say that they feel as though they have their quarterback situation figured out for the foreseeable future, or at least, in the case of aging franchise quarterbacks, for the next few years.

It might not surprise you to learn that the Pittsburgh Steelers are no longer a part of that small group of teams, though that’s something that the team itself has already made clear, with both president Art Rooney II and general manager Kevin Colbert coming out and saying that they are still trying to figure out what the best approach for the team is.

A couple days back, Pro Football Focus took a stab at putting together quarterback situation hierarchies for all 32 teams. The categories come in five tiers, ranging, shockingly, from low to very high. Both the low and very high groups account for the majority of the teams, each with nine.

The low group includes the Buccaneers, the Seahawks, the Bills, the Browns, the Ravens, the Cowboys, the Chiefs, the Packers, and the Cardinals. All of these teams have either young players who have had success or very experienced veterans—with Dallas somehow falling in between.

As you’ve no doubt surmised by now, the Steelers are in the opposite side of the spectrum, joining the Panthers, Bears, Broncos, Colts (this came just before the Carson Wentz trade), the Jaguars, the Jets, the ‘Football Team’, and the Patriots. On Pittsburgh, they write:

It was looking like the outcome at quarterback for Pittsburgh this offseason was going to be a Ben Roethlisberger restructure, but now there is a chance that may not be the case. Now, the Steelers could opt to move on from Roethlisberger and essentially force him into retirement. Either way, the quarterback situation is not looking pretty in The Steel City.

Big Ben had just one game with a PFF grade above 80.0 in 2020 and finished the season with a 69.0 mark (24th). Making matters worse, his downfield passing was inconsistent, as he produced the sixth-worst uncatchable pass rate when targeting the sticks.

There were signs of Big Ben declining back in 2018 when he earned a 75.2 passing grade, and he looked rough in his lone start in 2019 before suffering a season-ending elbow injury. In other words, Roethlisberger isn’t likely to be any better in 2021 than he was this past season. He is going to limit the offense and, if anything, will continue to decline.

With a salary cap hit of more than $41 million and due $19 million for the 2021 season between base salary (a mere $4 million) and roster bonus $15 million, which accrues about a month from now), Ben Roethlisberger is a financial crux for the Steelers right now—and they can no longer confidently say that what he brings to the field justifies it.

This has become the near-universal opinion, and given that it is the prevailing topic surrounding the team right now and is generating conversations throughout sports media, it is unfortunately something that we’re going to have our hands forced to cover a lot, so brace yourself, or learn how to skip over articles, if you’re already fatigued by the subject.