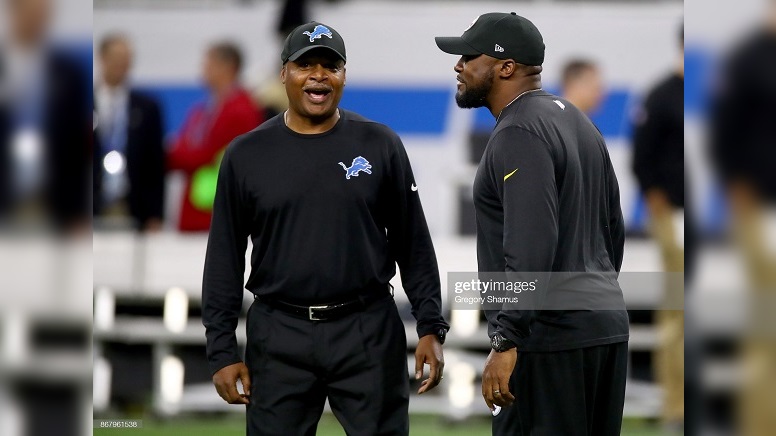 More than perhaps ever before, the NFL has taken a vested interest in trying to do as much as is in their power and which is palatable at the time to try to create an environment that is conducive to providing more opportunities for minorities to advance to the top of the league in coaching and front office positions.

Despite repeated ‘failures’ in the league’s eyes, with hiring cycles coming and going with the number of minority head coaches declining as often as rising, and fluctuating very little, the league made its most significant adjustments to the Rooney Rule yet, which in part requires teams to interview at least two minority candidates for head coaching positions from outside of the organization, and also expanded the requirement of interviewing minority candidates to coordinator positions for the first time.

He participated in an HBO series that will air tonight, a snippet of which was shared by Adam Schefter last night, discussing the recent hiring cycles. “It is a global collective failure, from my perspective”, he said of the outcomes.

When it was noted that he is on the committees and that he no doubt has heard the right things when the meetings are taking place, but they often end up being ‘bullshit’, he said, “I don’t know if it is [bullshit] at the time. But I know that the results are”.

“If you’re looking for guys that area coordinators, there are examples of that”, Tomlin continued. “If you want a guy that’s a proven, capable leader, there’s Jim Caldwell and Marvin Lewis. There’s guys like Todd Bowles and Raheem Morris and others. There are capable examples of minority candidates no matter what the profile”.

Despite having seven vacancies for head coaching positions during the most recent hiring cycle, the net change in minority head coaches was an increase of one—from four to five. While Robert Saleh was hired by the New York Jets to replace Adam Gase and David Culley replaced Bill O’Brien in Houston, the Los Angeles Chargers let go of Anthony Lynn in order to bring in Brandon Staley, who has been in the NFL since 2017 and has one year of coordinating experience.

The full program will air on Real Sports With Bryant Gumbel tonight on HBO at 10PM Eastern.