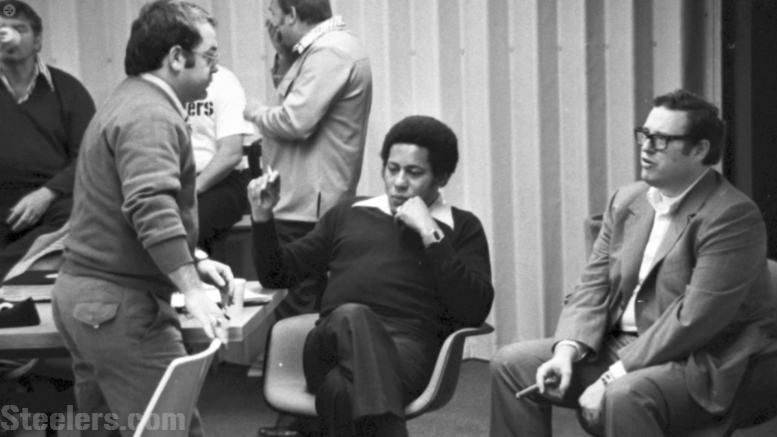 The fact of Bill Nunn getting into the Hall of Fame, I think, should not be understated in terms of how significant and overdue it is in the chronicles of Pittsburgh Steelers history. It represents an acknowledgement of one of the most important pieces of the puzzle of one of the great dynasties in major American professional sports history.

It also represents a link in a chain of tradition that continues within the organization to this day, with Nunn having been somebody who remained close to the organization even to his death. He held great influence over general manager Kevin Colbert, who has helmed the team’s front office for the past two decades, and who has been a champion of Nunn’s legacy.

He advocated for the proper framing of that legacy while being interviewed on the WDVE Morning Show on Tuesday. While he recognized Nunn as a trailblazer, he also emphasized how it was just something that came with the territory he was entering, not his goal—and how his reach extended far beyond his inroads with overlooked black athletes.

“Of course, when he did his work for the Courier, he had ties to the HBCU schools that were unique, and I think the Rooney family recognized that because that wasn’t an easy access for non-minorities, quite honestly”, Colbert said. “And Bill could break down a lot of barriers, and get the information and find out some things about players that maybe others couldn’t. And that was huge”.

“But Bill was so much more than just ‘the HBCU guy’”, he continued. “That was his specialty, no doubt, but Bill could go into any college, USC, Michigan, Ohio State, and sit in and evaluate players and talk to coaches as if he was, again sitting in his living room or in his office. He was unique in that manner”.

Whenever Nunn comes up, who are the names that we talk about? John Stallworth. L.C. Greenwood. Donnie Shell. The guys who went to HBCUs and who were not on many other teams’ radar, or were undervalued. But he did so much more scouting than that.

“The first day that I actually spent with Bill on the road was at Boston College”, Colbert said. “We spent a day together evaluating players. I always emphasize that Bill was so much more than just the HBCU guy. That again was his specialty, but he could thrive in any environment”.

That’s also why he was beloved by everyone he came across. It’s why the Steelers’ draft room is named after him. He was driven and excellent in his profession, but also loving and giving in life, which is an equally important legacy to leave behind.