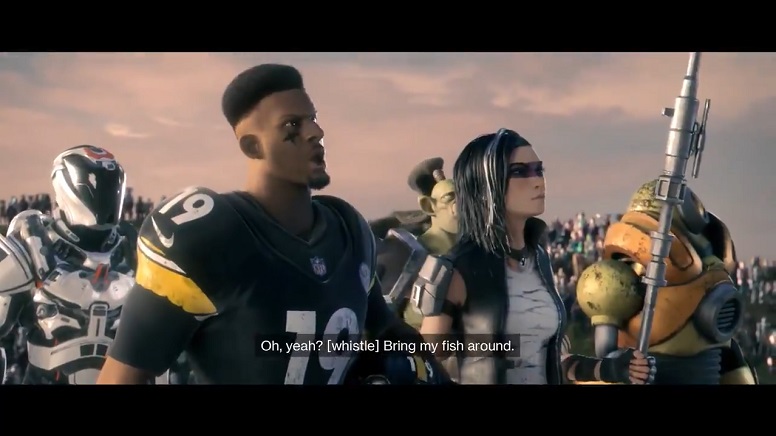 Pittsburgh Steelers wide receiver JuJu Smith-Schuster is one of the most recognizable faces in the NFL as a result of his huge branding efforts the last four years. Because of that, it wasn’t surprising to see his likeness in a Sunday Super Bowl LV commercial.

During the third quarter of Super Bowl LV between the Tampa Bay Buccaneers and Kansas City Chiefs, Smith-Schuster’s likeness appeared in a Verizon commercial with Samuel L. Jackson.

The commercial was a promotion for users to level-up to Verizon’s 5G Ultra Wideband – the fastest 5G in the world, with ultra-low latency. Smith-Schuster is a big streamer and gamer and Verizon promotes their product as being built with those needs in mind.

In the commercial, Jackson tells a crowd of gamers to not blame their losses on a lagging network. Jackson then specifically tells Smith-Schuster that he doesn’t want to hear any more excuses from him. The Steelers wide receiver then responds, “Oh yeah? (whistle) Bring my fish around.” Smith-Schuster ultimately comes riding along on a giant fish that swallows Jackson in one bite.

You can see the entire commercial in the tweet below.