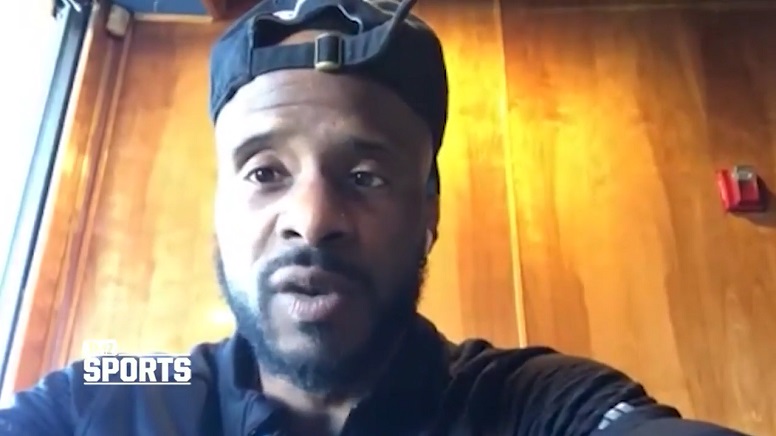 As things stand right now just one day after the 2020 NFL season has ended, Pittsburgh Steelers quarterback Ben Roethlisberger appears destined to return for the 2021, which would be his 18th in the NFL. Assuming that’s what ultimately happens, former Steelers cornerback Ike Taylor won’t be a big fan of that decision.

During a recent interview with TMZ Sports, Taylor, who recently said in another interview that he wasn’t a big supporter of Roethlisberger returning in 2021, doubled down on his comments about his former teammate needing to move on with his life’s work this offseason.

Taylor went on to give his thoughts on what he believes Roethlisberger should do in 2021 if he ultimately does return for an 18th NFL season.

“So, I think if seven wants to come back, seven’s got to get on this Tom Brady regiment,” Taylor said. “You know what I’m saying? He’s got to really hone-in in the offseason and get some of his mobility back. You know what I’m saying? Because right now in the NFL, unless you got an offensive line like a Tom Brady, you really can’t be a pocket quarterback. They’re becoming extinct right now. You got to have some kind of mobility.”

Taylor was eventually asked by TMZ if he thinks Roethlisberger returning to the Steelers in 2021 will actually be detrimental to the organization at this point and he did not mince words in his response.

Taylor went on to say he thinks Roethlisberger should have no shame whatsoever should he ultimately decide to retire in the next several weeks.

“Ain’t nothing wrong with shutting that thing down,” Taylor said. “It’s hard for a lot of people to shut it down.”

So, what does Taylor ultimately believe that the Steelers organization will do in these next several weeks when it comes to Roethlisberger? In short, he’s pretty much re-signed to the fact that Roethlisberger will indeed be back in 2021.

“They’re going to let seven rock it out,” Taylor said. “Seven, said he’s willing to take a massive pay cut, so if anybody knows seven, seven’s done probably made more money than anybody in the NFL. So, the money part ain’t an issue. Seven really wants to come back and probably try to win a Super Bowl.”

Taylor was then asked if he believes the Steelers can indeed win a Super Bowl in 2021 with Roethlisberger back at quarterback again.

“Seven’s got to change,” Taylor said of Roethlisberger. “Big Ben has to tell the offensive coordinator, ‘We need to run the ball.’ So that’s what seven should do. Seven won Super Bowls with a good defense and having a good running game. Seven needs to go tell Matt Canada, ‘He, bro, we’ve got to establish a run game.'”

Well, if Roethlisberger does indeed return in 2021, one would think that he won’t need to dictate that the Steelers offense get their running game established as team president Art Rooney II has seemingly already laid down that mandate since the 2020 season ended.

I certainly don’t take issue with all that Taylor has said about the Steelers and Roethlisberger in his last few interviews as he shares the same opinion as many of you reading this post have. He loves his former team, and he wants for them what he believes is best for the organization starting right away in 2021. Obviously, I don’t think the organization really cares what Taylor thinks and wants. If they welcome Roethlisberger back in 2021 with open arms, it will be because they truly believe the veteran quarterback gives them the best chance possible to win the Super Bowl.

Not that it matters, but I wonder what Roethlisberger thinks about Taylor’s recent media tour and especially the part about him thinking the veteran quarterback needs to get on a better training regime that will allow him to be more mobile. We’ll likely never know and that’s fine.

According to reports late last week, Roethlisberger will be meeting this week with the Steelers to discuss his future. Those meetings will presumably include talks about Roethlisberger’s contract so that his 2021 salary cap charge can be lowered some. The result of those upcoming meetings will be known within the next five weeks as Roethlisberger is due a hefty $15 million roster bonus just days after the start of the new league year on March 17.

Barring a change of heart by Roethlisberger or the Steelers, or the two sides being unable to come to some sort of an agreement on a contract restructure, Roethlisberger will be back for an 18th season in 2021 so Taylor better be ready for that to happen. In some respects, it appears that he’s already accepted that being a foregone conclusion.