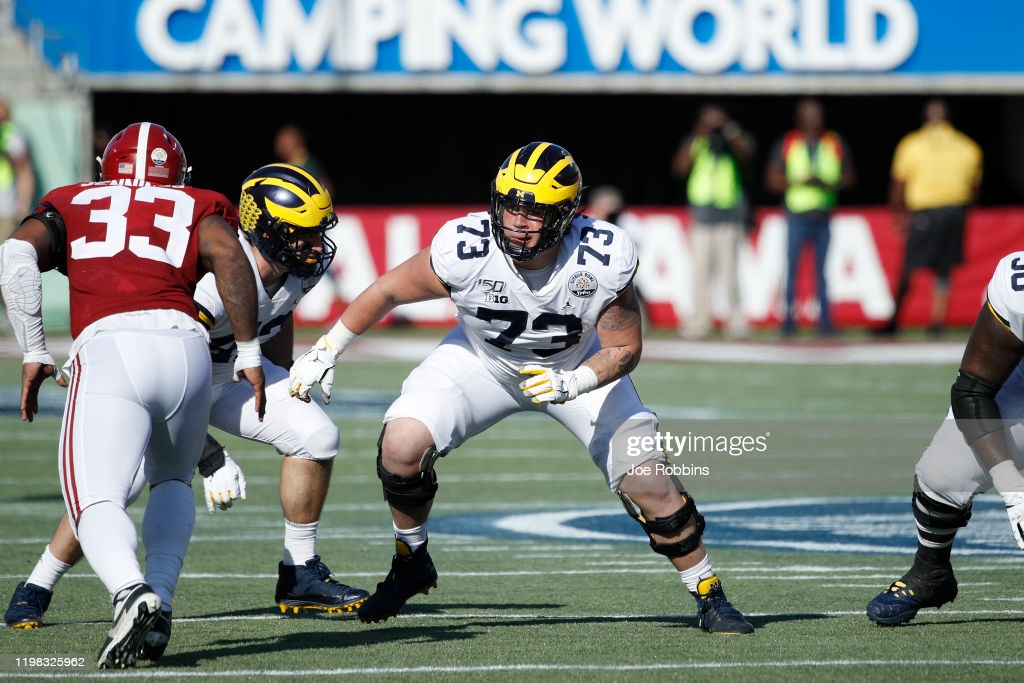 In his brief explanation for the pick, Jeremiah writes:

“The Steelers will be restructuring the offensive line this offseason with center Maurkice Pouncey retiring and left tackle Alejandro Villanueva potentially departing in free agency.”

Rebuilding the Steelers’ offensive line is likely to be an offseason priority. Pouncey has officially retired and Villanueva is likely to leave in free agency, cashing in on a big payday now that he’s on the open market.

Mayfield would be a classic Steelers’ pick. He has great size at a listed 6’5, 320 pounds and comes from a Power Five conference. Mike Tomlin’s love for Michigan Men is well documented. And Mayfield is a young prospect with plenty of room to grow. He doesn’t turn 21 until May. Traditionally, Pittsburgh has preferred underclassmen and young prospects they could develop and sign to a second contract when they’re still in their mid-20s as opposed to pushing closer to 30.

For whatever it’s worth, Jeremiah’s previous selection of Jenkins was still on the board in this mock. Here, Jenkins went #29 overall. This years draft boasts a strong crop of offensive tackles, giving Pittsburgh plenty of options should they want to address that position in Round One. A whopping seven OTs went in the first round of this mock draft and that didn’t even include the likes of Notre Dame’s Liam Eichenberg or Alabama’s Alex Leatherwood, both potential first round prospects who didn’t crack this top 32.

Elsewhere in his mock draft, Trevor Lawrence (of course) went #1 overall to Jacksonville. Two more quarterbacks went in the top five – Zach Wilson at #2 to the Jets and Justin Fields #4 to the Falcons. Running back Najee Harris went #18 to the Dolphins while Alabama center Landon Dickerson crept into the tail end of Round One, going #31 to the Kansas City Chiefs.

Check out our full report on Mayfield below.