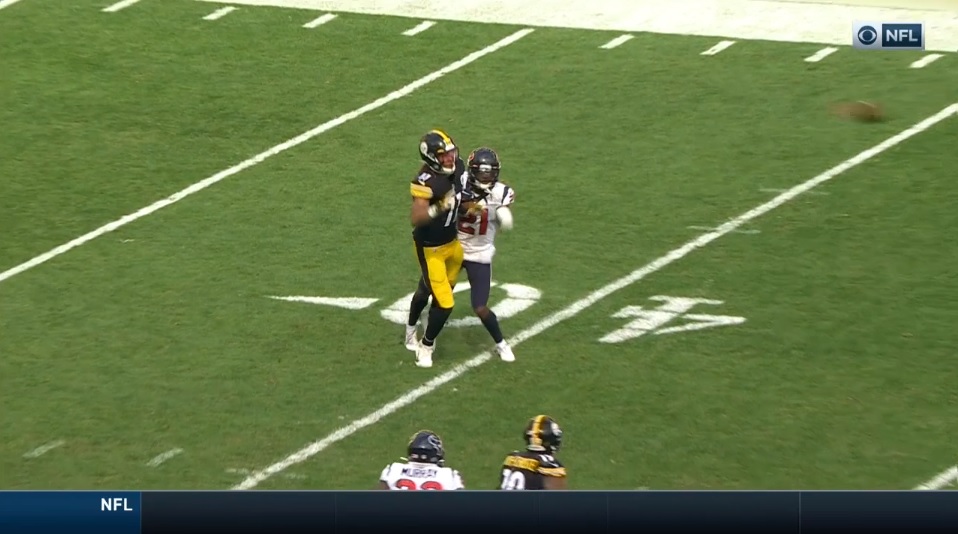 As we wrote earlier Friday, much of Chase Claypool’s rookie season felt easier than he thought it would be. But two matchups stuck out to him that were especially tough. Speaking with Mark Sanchez on his podcast 4th And Forever, Claypool named Buffalo’s Tre’Davious White and Houston’s Bradley Roby as the two toughest cornerbacks he faced in 2020.

White is regarded as one of football’s best cornerbacks, a two-time Pro Bowlers and named All-Pro in 2019. Claypool’s performance against the Bills was a quiet one, catching just three passes on six targets for 15 yards. His game against the Texans was similarly underwhelming, hauling in just one of his four targets for 24 yards. One of those incompletions included a key, third-down breakup. Roby arguably got away with holding Claypool’s left arm but the refs didn’t spot it.

Funny enough, the Steelers attempted to sign Roby after the 2018 season but he turned them down to ink a deal with the Texans. Pittsburgh signed Steven Nelson instead.

Overall though, it was Claypool who got the better of opposing cornerbacks. Despite almost no preparation for the season, he had a great rookie campaign, breaking the team record with 62 receptions and tying the total touchdown mark with 11 scores. He’ll look to build on that throughout his sophomore season, likely increasing his production especially if JuJu Smith-Schuster isn’t brought back. That will give Claypool more chances to play out the slot and rack up more targets.