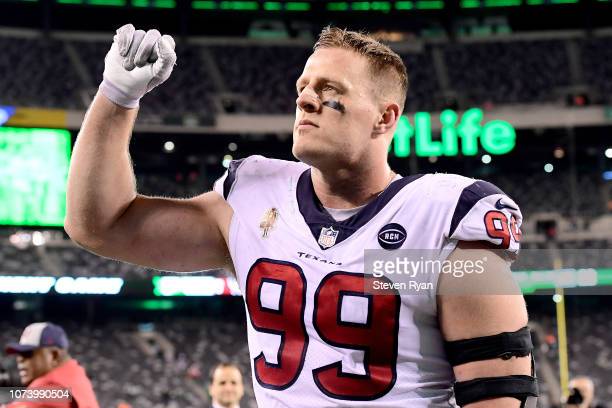 It shouldn’t be a shock that the Cleveland Browns are among the handful of teams who have already inquired about the services of J.J. Watt after the former three-time Defensive Player of the Year and the Houston Texans opted to mutually part ways yesterday. While the names of a few teams have been reported, there are surely many more that have or will also express interest.

But there are probably few who make more sense than the Browns, who are one of the fast-rising teams in the NFL with a seemingly finally stabilized organizational structure with Kevin Stefanski at head coach and Andrew Berry at general manager. They also have the cap space and the place to put him.

While Cleveland’s offense has made major strides over the past few seasons, the defense still leaves much to be desired, and while they have some talent along the defensive line, obviously with Myles Garrett the most notable, they haven’t gotten consistent play from elsewhere.

Olivier Vernon has been the primary right defensive end for the past two seasons, but his play has been hit or miss, when he has been available. He was coming on strong late at the end of last season, but then suffered a ruptured Achilles.

Vernon has been somebody who has been the source of numerous rumors since being acquired that he would be released. That remains a possibility, especially if they are able to land Watt, who in joining the Browns would not only move closer to his brothers, but would be able to play them twice a year in the AFC North against the Pittsburgh Steelers.

The Browns did go heavily after Jadeveon Clowney last year, reportedly offering him the most money on a one-year contract, but he passed. The Browns offered proof of concept in 2020, however, that they are capable of winning games, even advancing to the postseason and winning there as well.

But there is a more than reasonable chance that we don’t see a lot of significant movement on this front for the next few days. We are still more than a month out from the start of the new league year, so Watt has plenty of time to weigh his options.