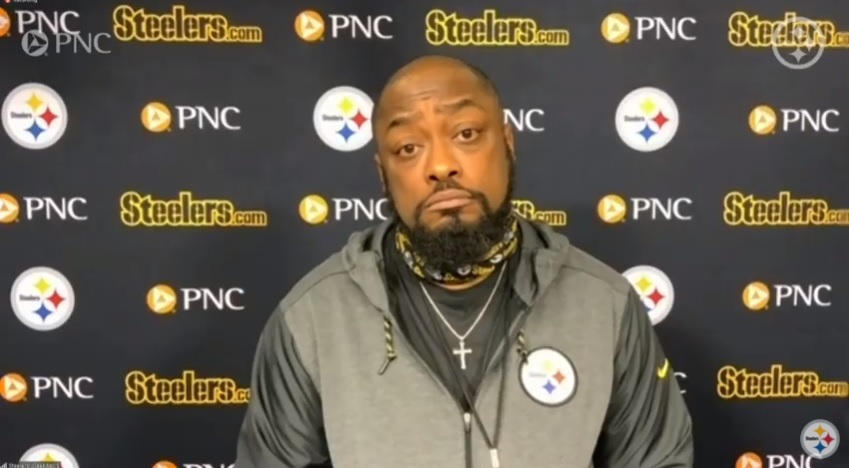 The Pittsburgh Steelers incurred quite a few injuries during their 2020 season. Some of those injuries were serious in nature and required players to undergo season-ending surgeries. Inside linebacker Devin Bush (knee), outside linebacker Bud Dupree (knee), tackle Zach Banner (knee) and tight end Zach Gentry (knee) are among the notable players that had their 2020 seasons cut short by significant injuries and all four are well along in their post-surgery rehabs at this point.

So, will the Steelers have more players needing surgeries now that the 2020 season has ended? It’s quite possible, according to what Steelers head coach Mike Tomlin had to see Wednesday afternoon during his annual end-of-the-season press conference.

“From a health standpoint of our team, we’re still going through the exit physical procedures,” Tomlin said Wednesday. A lot of the Injuries that transpired in-season, those surgeries have already transpired, and those people are in the rehab process. Guys like Bud Dupree and Devin Bush and [Zach] Gentry, Zach Banner, and others.

“If there are surgeries on the horizon for us at the end of the season, those things will be discussed and planned in the upcoming days and weeks. Obviously, our intentions are always to move as swiftly as we can in those circumstances in an effort to not adversely affect the preparation process for the 2021 season.”

It’s kind of fruitless to heavily speculate which Steelers player or players might need offseason surgeries now that the 2020 season has officially ended and especially since Tomlin didn’t drop any clues during his Wednesday press conference. Coming out of the Steelers Sunday night hoe Wild Card loss to the Cleveland Browns, all we know is that rookie outside linebacker Alex Highsmith sustained a high ankle injury during that contest, according to what Tomlin said after the game.

Could Steelers kicker Chris Boswell potentially need groin surgery during the early part of the offseason? That’s quite possible because he did miss a few games this season because of that particular injury. We’ll see.

As soon as any reports that Steelers players will need or have had offseason surgeries surfaces in the coming weeks, we’ll be sure to pass that news along.