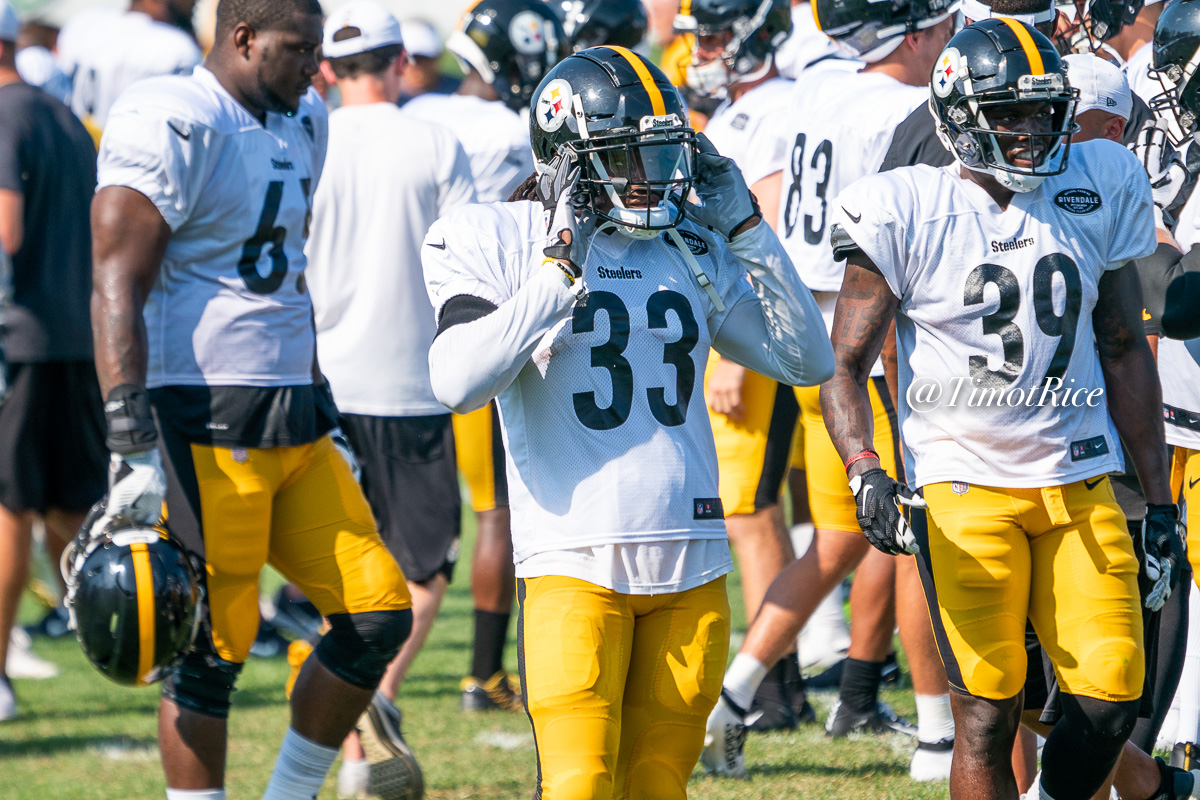 We have waived RB Trey Edmunds.

Edmunds was placed on IR with a hamstring injury on November 26th.

Edmunds, older brother of safety Terrell, appeared in four games this season. He played seven snaps on offense, never touching the football, and spent most of his time seeing action on special teams. He did not record a tackle. He played a little bit of fullback for the team when they were without Derek Watt, who missed several games this season.

After injuries decimated the RB room last year, Edmunds carried the ball 22 times for 92 yards in 2019.

Now that they’ve been eliminated from the playoffs, the Steelers are in the process of formulating their offseason roster. They figure to announce a slew of futures contracts, mostly players from the practice squad, in the next 24 hours.